When my daughter was born she looked like no one. Technically, of course, that’s not true, she looked like herself, but I didn’t know her yet and so I looked at her dark silky hair and into her blue fathomless eyes and I whispered to her, “Who are you?” For years she had been a dream baby, and in my dreams she was blond, like me, a clone, a doppelganger, a baby doll who I would dress in pink and love the minute our eyes met. The color of her hair had shocked me, as did the secret, unspoken tedium of new motherhood. Most of my friends were already on baby two or three, the memories of baby number one buried under millions of diapers, their identities as mothers comfortably etched in stone. And as I looked into my daughter’s eyes and wondered, “Who are you?,” I also wondered, “Who am I?”

When I was a few months pregnant I had some irregular bleeding. I frantically called the obstetrician who calmly told me how we were going to proceed. “It’s okay to be worried, it means you’re a good mother.” After I had my daughter I couldn’t stop worrying. I guess that made me a fantastic mother but part of me felt like a fraud. Years later a term would pop up called “imposter syndrome,” which gave a name to my self-doubt and feelings of incompetence. By the time I had my second daughter I had leaned into the fact that motherhood was imprecise, that my child was not an extension of myself but her own person with her own ideas and her own thoughts. Daughter number two would also have that familiar shock of dark hair, and although I didn’t know who she was just yet, I had mostly figured out who I was; the tiara of motherhood rested much more comfortably on my head.

On one of our myriad trips to Target I spotted a t-shirt with the words “Who are these kids and why are they calling me mom?” I laughed so hard I cried; my girls looked at me like I was nuts, and I think my oldest daughter was a little insulted at my reaction. I reminded her of this t-shirt just the other day, but she had no recollection of it at all. She was feeling the feels of new motherhood, her newborn, her first born, in her arms; and I saw it all on her face, that face, once opaque and unknown to me; now, transparent. I read her like a well loved book; my baby, now a mother, and her mother, now a grandmother.

On the tenth day of my daughter’s life I brought her to shul for shofar blowing. We stood at the back of the room and I rocked her gently so she wouldn’t cry. Unlike most newborns who slept most of the time, she was a watchful, wakeful baby; ever curious about her surroundings. She was unfazed by the piercing cry of the shofar, and as I stroked her little head, the weight of a thousand generations pressed down on me and I realized that I was both witness and conduit to her first mitzvah.

On the eighth day of my first grandchild’s life my daughter and I stood outside of the men’s section looking down at her tiny son swaddled in white satin. We were waiting for the ritual to begin, to hand the baby off to the kvatter who would carry the little prince up to his makeshift throne where he would enter the covenant of his people. Seconds before it all unfolds the shofar is blown; it is Elul and we are calling to our King. My daughter looked at me and time shifted. There was symmetry here that I was yet unable to unfold. My Elul babies, my daughter, my grandson, connected in time by the shofar tones. I didn’t know exactly what it meant, but the mere fact of it is enough for now.

When the baby was two weeks old my son-in-law asked me what it’s like to be a Bubby. “Pick a word to describe it.” But I couldn’t. I still can’t. I am wordless. Speechless. The enormity of it can not be encapsulated by vocabulary.

Love, Rav Dessler concludes, flows in the direction of giving. When my daughter was born I had a notion of what love should be, but I was wrong. I was still too close to being a child myself, and children by default are takers, not givers. Love is not merely a passive emotion; it doesn’t occur by happenstance nor at first sight. Love is a verb but also a choice. Love is endless fretful nights intertwined with days so transcendent that G-d’s presence reflects off every visible surface. Love is looking into my grandson’s gorgeous blue eyes and knowing exactly who I am. 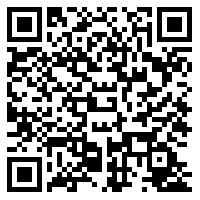