As you know, the Israeli Knesset just passed on a first vote (it needs to pass three votes to become law) a bill that seeks to force the closure of the most popular daily newspaper in the country, Israel Hayom. The bill is the initiative of Knesset Member Eitan Cabel from what is left of the Israeli Labor Party. Cabel and his cronies claim that it is unfair competition if a newspaper is distributed for free because it harms the other newspapers in Israel (never mind that they too, especially Yediot Ahronot, are also often distributed for free) and so Israel Hayom must be banned and closed because of this “unfair competition.” All in the name of freedom of the press.

Well I would like to point out that on certain streets in Tel Aviv there are hard-working women who charge money for the very same “services” that are provided to Eitan Cabel by his own wife for free. The fact that Cabel’s wife is not charging for these services clearly is unfair competition because it harms the livelihoods of these hard-working women. This is a clear and present danger to freedom and fairness!

OH, before you get too agitated, I was of course referring to cooking. 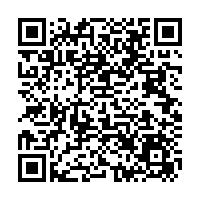