The U.S. State Dept. has decided that Israel should not destroy the home of the terrorists because doing so would be “counterproductive to the cause of peace and exacerbate an already tense situation.”

The decree was announced to reporters on Thursday by State Dept. spokeswoman Jen Psaki, who called the idea of demolishing a terrorist’s home “punitive.”


She did not suggest how to get it through the heads of terrorists that their families will pay a heavy price for murder, but the thousands of experts working in Foggy Bottom usually insists that punishment be carried out according to American standards.

Read them their rights and warn them that confessing to a crime may be held against them. Don’t harm their property because that might stir up anger among the neighboring radical jihadists.

Be nice to terrorists, and they will end up loving you.

Give them the border they demand so they can kill to eliminate all borders.

How could Israel ever exist without the State Dept.? 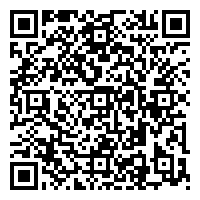