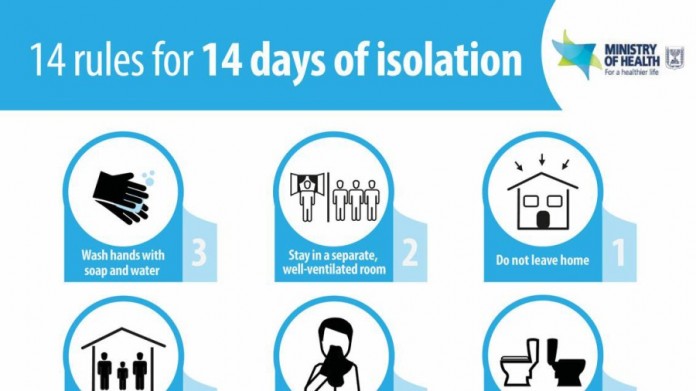 As the world faces the emerging (for some) and continuing (for others) threat of the coronavirus (COVID-19), many commentators and national leaders around the world are beginning to recognize it as a genuine national security threat.1 In human behavior terms, however, the threat is not from an external enemy but from citizens who refuse to comply with guidelines and instructions and fail to change their behavior to adapt to the developing situation. Israel has faced and continues to face the known external threats to its security, but the COVID-19 risk represents a threat from its own citizens based on distinct social psychological factors.


Compliance with directives and instructed regimen is a longstanding and known problem in medicine.2 People routinely do not do what is good for them and refuse to cease behavior that is bad for them. This same pattern of behavior should be expected when it comes to COVID-19 restrictions being implemented. Just as people continue to smoke, to consume sugary drinks, refuse to exercise, and even reject required medication, so will people test the boundaries of government instructions, and many will simply refuse to comply. Insofar as such behavior in the COVID-19 era places others at risk, it represents a very real threat to national health and security.

While we still do not have reports in the professional literature specifically regarding compliance and COVID-19, there has been extensive study of the effects of self-quarantine and social distancing and what happens when people are isolated from others.3

The price of self-isolation varies depending on one’s support system and general attitude as well as the length of the isolation period. Adverse effects, when they take place, are linked to the individual’s perception of a lack of personal freedom and liberty. No one wants to be isolated and have their routine affected. The financial, social, and personal price is clear, and it is understandable that people want to avoid it. When isolation is voluntary, however, these effects are less pronounced or absent altogether. We also know that when self-isolation is undertaken altruistically, for the good of others, the negative effects are mitigated.4

Social distancing5 represents a less rigid but more difficult guideline to monitor. It relies on the goodwill of individuals to comply and respect the need to comply. Transitioning from routine and familiar patterns of social behavior to a more restricted pattern requires an adjustment that not all people react to in the same way. While some will adjust quickly, others will require more time, and some will refuse.

As the threat grows larger, governments will move towards total social isolation, where entire communities6 and at times the entire country7 essentially goes into “total shutdown.” This involves people not leaving their homes except for very limited reasons. It can preclude all activity outside one’s home, even meeting with one’s own family8. As the most extreme form of social distancing, this represents an extreme measure that is even more challenging for some to comply with.

The critical difference between classical medical literature on compliance and social distancing and the COVID-19 situation is that with the coronavirus, the individual refusing to comply is an active and ongoing threat to others as well as or sometimes more than to themselves.

Who are the potential threats?

Refusers: The obvious threats are the outright refusers.9 From a psychological perspective, these are people who are either oppositional in their attitude or in denial regarding the effects of their refusal. While both are intentionally violating guidelines, the former do so understanding that they are creating risk for others while the latter deny it, at times adopting an “it won’t happen to me” attitude.

Deniers: Closely related to outright refusers are the “deniers” whose personality and social identity is central to their daily functioning. People who are friendly, outgoing, and interact actively in their social sphere will suffer the most by being “distanced” from their routine. Their adjustment may require more time and may be accompanied by attempts to minimize the seriousness of the need to distance or to challenge it by erroneously claiming the need to continue life as normal in the face of a threat. While Israelis are defiant in the face of external threats, the COVID-19 threat differs in that the virus is not influenced by such behavior. Whereas “standing up to the enemy” is a positive Israeli trait, applying it to an invisible and indifferent enemy that is unimpressed by these efforts is futile and even harmful to others.  Nevertheless, the psychological makeup and social personality of some people represent a challenge to a system attempting to enforce discipline.

The Young: Data from outbreak areas shows that the most severely affected victims of the virus are above 60 years of age.10 Thus, the younger you are, the less likely you are to experience any serious symptoms. As such, the virus represents less of a physical threat to younger people. While all adults cognitively understand their personal responsibility in following government instructions, younger adults, especially teenagers and pre-teens, may not. As one review of low adherence in adolescents noted, “… they may remain self-centered and feel invulnerable to consequences – negative things happen only to others.”11 Special efforts may be required for older people to understand that exposure to their own grandchildren and adult children can potentially cause them physical harm.

Viewing the under-21 population as a threat may not be easy. With schools closed and social venues limited, this population will be difficult to control, especially since they realize that the danger the virus poses to themselves is minimal. While parents have greater control over younger children, those children who already have social independence, namely those in middle and especially high school, may not be easily persuaded to restrict their social contacts as they pursue autonomy.12

Cultural, Religious, Tribal factors: Cultural considerations pose an additional challenge. Unlike individual personalities, group dynamics can create patterns of behavior that are reinforced by peer pressure and imbedded in collective behavior.13 Religious behavior, in particular, can pose a problem if there is a perceived conflict between a specific practice and the need to isolate and distance.14 While official and responsible religious leaders have publicly and strongly urged complete compliance,15 we can expect and have seen certain sectors and outliers within the community to having difficulty breaking from traditional practice and routine.16

Minorities whose framework relies more on tribal and racial identity will follow guidelines to the extent that the hierarchy within their social structure validates them. Thus, reports of Israeli citizens in an Arab town refusing to self-isolate17 should be seen as a signal of another potential area where regulating compliance may be compromised.

Providing reliable, accurate, and dependable information is a major element in ensuring compliance with COVID-19 guidelines. When the public trusts the source, compliance will be greater.18 Frequent reminders in the media and repetition of key points (handwashing, 2-meter rule, etc.) will improve compliance.

One “Catch-22” situation is that, in an effort to reduce anxiety, the media presents interviews with individuals in isolation, some of whom have been formally identified and diagnosed with COVID-19.19 While this can help in allaying many fears, it also can reduce compliance by minimizing the fear factor. Finding the balance between creating heightened awareness and avoiding undue anxiety needs to be considered carefully.

Democratic societies such as Israel require extra effort to ensure compliance with behavior such as social distancing that is essentially voluntary. While most of society will likely comply and some will be particularly cautious, especially for identifiable and limited periods of time, the “refusers” will continue to present a problem. Classifying the refusers’ behavior as a risk and treating them as a genuine threat is a national priority. Criminalizing violations of mandatory guidelines (such as self-isolation) can lead to civil suits, fines, and disciplinary action by relevant authorities. Social pressure can also serve as a psychological means to reduce the frequency of noncompliance with social distancing. When peers make known their displeasure and disapproval of not following guidelines, noncompliance is likely to fall. As the COVID-19 threat becomes more difficult to control, many of the guidelines are likely to move from suggestions to mandatory actions. The gradual but steady move closing more and more public venues and limiting more and more public gatherings is evidence of this.20

Notwithstanding available punishments, building desired behavior ultimately requires individuals to voluntarily comply. This will take place when people sense that the benefit attained by compliance outweighs the benefit of refusal.21 Where individuals see the short-term benefit of refusal as more rewarding than the long-term benefit of compliance, negative consequences may help in some cases, but will not in many others.

Since the cadre of those who intentionally or unintentionally put the public at risk cannot be eliminated solely through education and social pressure, law enforcement and government authorities may have to intervene. These interventions may need to consider measures that would ordinarily not be accepted or legal, something mentioned as likely in Israel.22 While understandably not popular with those that value the protection of civil liberties,23  we nevertheless need to accept that the probability of behavioral management of the public will not be totally successful. Thus, the suspension of these protections in times of national emergency may prove to be central in reducing mortality and morbidity of the population as well as in limiting the economic consequences of a protracted battle with an unseen enemy hiding in a friendly population. 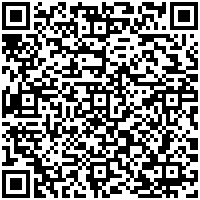