With Michael Bloomberg’s announcement that he will be running for president as a Democrat, the former New York mayor may have given American Jews a reason not to decamp for the GOP en masse.


Yes, I realize that the Democratic Party has been home to American Jews since the New Deal. So cozy has this domestic arrangement been that nearly 80 percent self-identify as Democrats. Even pro-Israel Republican presidents—the current incumbent, especially—have been exasperated by this staunch party solidarity.

But apparently, American Jews are not a single-issue constituency.

The party that American Jews have been calling home for decades now has some restrictive covenants—a new welcome mat adorned with progressive engraving and fine print. And soon, Jews may no longer feel so welcome.

The progressives—or Democratic Socialists, who some bluntly call themselves—are setting the agenda for the party on issues such as universal health care, free college tuition, aggressive taxation, climate change, open immigration and even Israel. Why Israel became a foreign-policy priority can only be imagined, but three of the candidates—Massachusetts Sen. Elizabeth Warren, Vermont Sen. Bernie Sanders and Mayor of South Bend, Ind. Pete Buttigieg—recently announced that military aid should be conditioned on Israel’s policies toward the Palestinians.

Where do the other Democratic candidates stand on Israel? Find out at this week’s debate. Israel will surely be a talking point, and not a friendly one. It will be blamed for the impasse in peace and the use of excessive military force. Palestinian terrorism, of course, will go unmentioned.

The new inhospitality has even infected female empowerment. Ask the Jewish women who founded the Women’s March. They found themselves lectured on how Jews funded the slave trade and that, as white privileged women, they should defer to those who deserve to lead a progressive movement. That leadership, repulsively, included the embrace of Louis Farrakhan. Meanwhile, Sanders’ candidate whisperer, Linda Sarsour, proclaimed that feminists can’t be Zionists.

On college campuses, gay Jewish students, Jewish feminists, and Jewish eco- and social-warriors have been booted from the intersectional freight train that rolls over anyone with a kind word to say about Israel or a critical one about Palestinian violence.

Don’t be surprised if some Jews won’t take the hint, even though there is no subtlety to the progressive wing of the Democratic Party. They are decidedly direct. That won’t divert the thinking of some liberal Jews, however, who care about only one thing: defeating Donald Trump.

Enter Michael Bloomberg. In a crowded field of candidates, some playing to the cheap seats of the Democratic left, he represents a resolute centrist of independent mind with a proven record on the environment, public health, gun control and even a tax policy designed to narrow the inequality gap. The latter is the central issue of our time. After all, in 10 years, “Occupy Wall Street” went from tent show to main event.

A Democratic Party headed by Bloomberg will offer progressives a choice without sacrificing a chance at regaining the White House. He’s the best candidate to take on Donald Trump. Compared to everyone else, he’s the only adult in the room.

Of course, Trump is not without some appeal to American Jews. After all, during his first term, he has played Santa in the Holy Land, bestowing Israel with many gifts that arguably no one else would have ever granted. Where’s the gratitude, even if you find him repugnant?

While that’s true, his policies have been more impulsive than ideological, guided by an unscripted worldview that favors chaos and despots, and disdains coherent strategy. How else to explain his flirtations with the alt-right from a man with Jewish grandchildren?

Meanwhile, during Israel’s last war in Gaza in 2014, with Hamas rockets lighting up the sky and former President Barack Obama announcing a federal ban on travel to Israel, Bloomberg, at the time mayor of New York City, flew on his private jet to Israel for no reason other than to be there.

As for their eternal domicile in the Democratic Party, if Bloomberg isn’t heading the ticket in 2020, Jews might find themselves heading for the exits at a convention where they’ve just been evicted. Of course, knowing the perseverance of Jews and social justice, some will choose to stay, anyway. 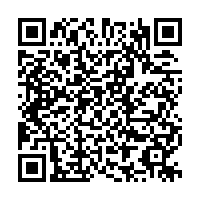