Don’t let your daughters watch Disney’s Snow White. Forbid them access to . And, whatever you do, don’t allow them anywhere near Cinderella. You might irreparably damage their feminine self-image and risk condemning them to life under the thumb of an exploitative patriarchy.


At least, that what Kristen Bell and Keira Knightley would have you believe. Ironically, both actresses rocketed to super-stardom via the Disney movie-making empire behind the children’s classics they fear could scar their daughters.

“Don’t you think it’s weird that the prince kisses Snow White without her permission?” Ms. Bell ponders in an interview with Parent Magazine. “Because you cannot kiss someone if they’re sleeping!”

I saw the movie as a child, and I don’t remember ever entertaining the notion of kissing a sleeping woman, princess or otherwise. But maybe that’s just me.

As for Ms. Knightley, she objects to the whole Cinderella story, “Because she waits around for a rich guy to rescue her. Don’t. Rescue yourself, obviously.”

I wonder what Cinderella might have done to escape her wicked stepmother. Get famous by hosting a podcast? Go to medical school and become a thoracic surgeon? Take out a small-business loan and found her own start-up?

The Little Mermaid is similarly subversive: “I mean, the songs are great, but do not give your voice up for a man. Hello.”

WHO KNOWS WHAT EVIL LURKS…

Doubtless, the writers and producers of these classic fairy tales never imagined they might one day be perceived as stoking the flames of sexual harassment and social stigmatization. When did we turn so cynical that we ascribe sinister motives to the creators of our culture’s most beloved stories?

Isn’t Cinderella really about the courage and determination to resist oppression until the wheels of justice restore balance to the world? Isn’t The Little Mermaid really about the willingness to sacrifice what you hold most precious to become part of something greater than yourself? Isn’t Snow White really about faith that the nobler impulses residing in the human heart will ultimately prevail over the forces of evil?

And why don’t Ms. Bell and Ms. Knightley have more faith in their own children’s ability to learn the lessons of ethics and courage? After all, they themselves seem to have survived exposure to the mixed messages of iconic mythology.

The truth is, even the simplest stories are subject to any variety of interpretations, no matter what their authors or producers intended. One person’s art is another’s propaganda.

Across the ideological divide, conservative pundit Ben Stein rails against the Disney blockbuster Frozen. With some justification, Mr. Stein fumes over the lyrics from “Let it go:”

It’s time to see what I can do/ To test the limits and break through,
No right, no wrong, no rules for me/ I’m free!

Of course, by the end of the movie the heroine has recanted her embittered narcissism, as Mr. Stein himself acknowledges. But he also correctly observes that children singing the song aren’t thinking about the movie’s moralistic denouement; they’re merely reiterating the song’s message of moral anarchy.

…IN THE MINDS OF MEN?

On the one hand, films marketed to children should avoiding veering too far ideologically right or left. There are enough universal values we can agree should be cultivated in the next generation without orchestrating political indoctrination at an early age.

On the other hand, we want to begin challenging children to question the values and choices of others as the first step toward calibrating their own moral compass.

That can’t happen if every form of expression is required to pass inspection by the thought police. Isn’t it our job as parents to prepare our children to grapple with ethical ambiguities? Isn’t that how we train them to engage the moral complexities of life?

King Solomon says, Scorn is prepared for scorners, while grace is given to the humble. By design, the world is a place of conflict. Good vies to overcome evil; light strives to dispel darkness; wisdom seeks to prevail over ignorance. Attempting to reduce morality to a protocol of binary choices is an act of supreme arrogance. It results in an oversimplification of ethics that produces identity politics, intractable partisanship, and disdain for anyone who doesn’t see the world the way we do.

But when we concede that moral decision-making is a challenge successfully met only after looking objectively at both sides of any issue, we inevitably become more articulate advocates for good.

By struggling to find our way through the darkness of confusion, we emerge into the light of moral clarity and reason that empowers us to confront evil — even when it appears in the guise of witches, wicked step-sisters, and ice-princesses. 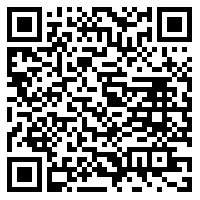