The EU grants around two to three billion Euros a year to hundreds of NGOs around the world, of which at least 150 million Euros is allocated for humanitarian aid. NGO Monitor’s investigations reveal that over the last seven years at least 25 million Euros have gone to Palestinian groups affiliated with the Popular Front for the Liberation of Palestine (PFLP), an organization designated as a terrorist group by the European Union.

Steinberg highlighted three examples of NGOs funded by both the EU and EU member governments that have ties to the PFLP:

Last year, the EU introduced a provision into its grant agreements designed to ensure that entities on the EU’s terrorism blacklist, known as a “restrictive list,” don’t benefit from EU funds. This caused an uproar among Palestinians. The Palestinian NGO Network (PNGO), which represents the above groups and many others with dubious affiliations, “went to the European Union office that’s in charge of relations with the Palestinians and said, ‘We have totally opposed this. We won’t let you. We refuse to allow you to apply this regulation to the funding that we’re getting’.”

EU officials soon backed down. In March 2020, the EU’s representative to the Palestinians, Sven Kȕhn von Burgsdorff, issued a clarification letter saying, “it is understood that a natural person affiliated to, sympathizing with, or supporting any of the groups or entities mentioned in the EU restrictive lists is not excluded from benefiting from EU-funded activities, unless his/her exact name and surname (confirming his/her identity) corresponds to any of the natural persons on the EU restrictive lists.”

In plainer English, said Steinberg, this means Shawan Jabarin and other PFLP members who pose as “human rights defenders” are allowed to benefit from EU funding so long as their individual names are not on the EU blacklist, which it so happens does not list any individuals (i.e. “natural persons”). Von Burgsdorff’s letter assures Palestinian NGOs that affiliates connected to EU-designated terrorist groups like the PFLP not only can continue to receive EU funding but are now afforded “legitimacy” by Brussels.

The Israeli government contested this dodge and continues to insist that the Europeans end funding “that can be readily siphoned off to the terrorist organizations like the PFL,” explained Steinberg. “The European commissioner in charge of relations with Israel … said, ‘We’re going to investigate this.’ Now we’re going to see if there’s going to be an investigation or not. There may. That’s why I leave the question, did the European Union go to sleep or not?” 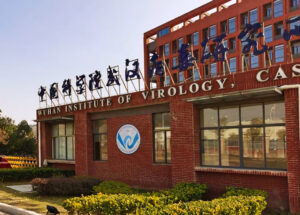 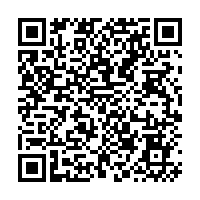