The European Union has quietly approved a ban on large vacuum cleaners in an effort to “re-educate” spendthrift citizens who consume too much energy.

The most recent ban—approved by the European Parliament on October 8—involves chocolate candy cigarettes because they “appeal to minors and consequently form a potential gateway to using tobacco products.”

The European Union and its supporters say the bans are necessary to improve the energy efficiency, environmental friendliness and health standards of the 28-member bloc.

But critics say the seemingly endless number of bans, prohibitions, restrictions, regulations and edicts being enacted by unelected bureaucrats in Brussels—many of which are being justified by eco-related concerns—smacks of paternalism. They claim it is over-regulation, and an unacceptable intrusion into the private lives of 500 million EU citizens, who should be allowed to make their own decisions.

The vacuum cleaner ban was quietly approved during the summer holidays in August and went largely unnoticed by the general public until after the German newspaper Frankfurter Allgemeine Zeitung (FAZ) published a story about the new law on October 24.

Critics say the EU’s move to restrict the power of domestic vacuum cleaners—current vacuum cleaners boast an average of 1,800 watts—will reduce their effectiveness in sucking up dust and dirt; and, because households will have to use the new machines longer, they may end up actually increasing energy consumption.

Others say it will reduce the ability of vacuum cleaners to remove fine particles from the air, and instead pump them back into the atmosphere, potentially leading to side-effects for allergy and asthma sufferers.

In an interview with the London Daily Telegraph, Giles Chichester, a Member of the European Parliament for South West England and Gibraltar, said: “Banning powerful cleaners in households could have a severe impact on allergy and asthma sufferers. This is another example of how EU legislation has good intentions but sometimes there are detrimental side-effects. I hope that both the EU and the UK government can find a way around this so that we improve energy efficiency without forcing people back to their broomsticks.”

FAZ puts it this way: “Housewives and househusbands must be re-educated. Previously any halfway savvy consumer would relate the power of a vacuum cleaner to the horsepower of a car: the higher the wattage, the higher the suction power. So will everyone who uses a ‘Green A’ vacuum cleaner in the future be forced to use it three or four times to ensure that all crumbs are absorbed from under the breakfast table?”

The vacuum cleaner ban is part of the European Ecodesign Directive, a wide-ranging legal framework approved in 2005 that establishes mandatory ecological requirements for energy-using and energy-related products and appliances in all 28 EU member states. The directive currently covers more than 40 product groups, which are said to be responsible for around 40% of all EU greenhouse gas emissions.

European bureaucrats have used Ecodesign regulations to ban dozens of products, including the incandescent light bulb, which has been outlawed in all EU countries. As of September 1, 2012, hundreds of millions of EU citizens—who were never consulted on the issue—have been required to buy energy-efficient fluorescent lamps, which contain toxic materials such as mercury.

Because the EU does not require retailers to take back the new bulbs, 80% end up in household garbage, leaving the mercury to ultimately seep into the soil or groundwater, according to an Austrian documentary film called “Bulb Fiction.” 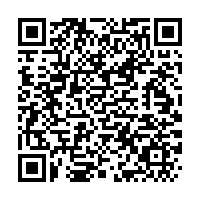