Al Qaeda took responsibility for the double bombing at the Iranian embassy in Beirut Tuesday morning, minutes after Iran accused Israel of begin behind the explosions that killed an Iranian diplomat and at least 22 others.

The Iranian ambassador to Lebanon, Ghadanfar Roknabadi, said it was an “Israeli scheme” and that the attacks served  the “Zionist entity.”


The Abdullah Azzam Brigades, linked with Al Qaeda, said it was behind the bombings, one set off by a motorcyclist and the second detonated by a suicide car bomber whose vehicle carried 200 pounds of TNT. At least 146 people were wounded. Among the fatalities was Ebrahim al-Ansari, the cultural attaché of the embassy.

Regardless of who was behind the attack, it  was a serious breach of security in the heavily guarded and Hezbollah-controlled area of Beirut where the embassy is located.

The car bomb exploded only 30 feet from the building. 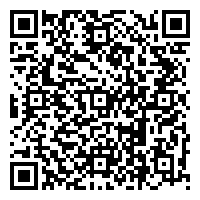