The coronavirus crisis has had a profound impact on economic, social, and security aspects of Jewish life all over Europe. The European Jewish Congress, through its Security and Crisis Centre (SACC), provided training and education in crisis management and crisis communication for numerous Jewish communities across the continent. This enabled many communities to develop their own crisis management teams that were deployed early and assisted community leaders in providing a timely and effective response to the many challenges posed by the outbreak.


Communities quickly set up food distribution for the needy and those in quarantine, as well as trauma counseling and guidance for those most affected. The growth of antisemitic propaganda, which mixed traditional antisemitic tropes with new conspiracy theories about the spread of the virus, increased the threat of lone wolf attacks against Jewish facilities. Jewish communities all over Europe are now at their most vulnerable in both economic and security terms and require substantial assistance from the EU, their national governments, and regional authorities—not only for a return to normal but to mitigate economic hardship and prevent deadly terror attacks.

Coronavirus has taken a heavy human toll on Jewish communities across Europe, many of which lost longstanding members, leaders, and activists to the disease. While the final death toll is not yet known, it is clear that communities in France and Britain and, to a lesser extent, Italy, Belgium, and Spain, suffered many deaths. However, the effects of coronavirus are not only measured in loss of life. It has also had a profound impact on economic, social, and security aspects of almost every European Jewish community.

The institutional structure and activities of organized Jewish communities have been a major strength as well as a focal point of Jewish life throughout two millennia of Diaspora. Jews traditionally turned to the community for help at times of need, economic hardship, or war. As more and more European countries shut down their economies in early March and social life throughout Europe came to a standstill, Jews all over the continent turned to their community for help and support.

Luckily, many Jewish communities did not enter the crisis unprepared. In the aftermath of the 2012 Toulouse terror attack against a Jewish school in France, the European Jewish Congress established a Security and Crisis Centre (SACC) to enhance the security and crisis capabilities of Jewish communities across Europe. Initially located in Vienna and more recently moved to Brussels, SACC set up programs and initiatives to assist, instruct, and equip Jewish communities for crisis management. Over the past several years, SACC has conducted a range of crisis management training workshops, seminars, and realistic crisis simulations in a number of major cities all over the EU. SACC also initiated joint training for Jewish community officials and local law enforcement agencies together.

As a result, many Jewish communities developed their own crisis management teams (CMT) consisting of core community leadership assisted by local experts, ranging from security officials and medical experts to social workers and psychologists. Community crisis management teams were trained to deal with a range of potential crises and disasters, including terrorist attacks, natural disasters, and large-scale catastrophes. Although not specifically trained for a pandemic, community CMTs were mobilized at the onset of the coronavirus outbreak and provided many communities with effective crisis management and communication. This early reaction saved many lives and rapidly disseminated advice within the communities on social distancing, access to medical facilities, and psychological ways of dealing with the lockdown.

One of the social effects of the coronavirus crisis was a rapid increase in the number of people each community had to care for, as many Jews who had traditionally stayed outside formal community structures found their way back to them for both economic and moral support. Community crisis management teams were able to provide not only food, personal protective equipment, and other necessary supplies but also counseling, guidance, and other forms of social and psychological assistance to those most affected.

The economic impact of the crisis has been massive in many communities, as many members lost their jobs and have had to subsist on minimal unemployment support. Communities reacted rapidly by providing food packages for the elderly and the homebound, kosher food deliveries to hospital staff and patients, catering services and home delivery for those in quarantine, and in many cases helping to arrange short-term credits for local businesses that suffered the most during the crisis. These activities demanded more budgetary resources then are normally available at a time when much of the communities’ traditional income, which is based on donations from wealthier members, was declining significantly.

Beyond its economic impact, the coronavirus crisis also had a major effect on the security of many Jewish communities all over Europe. The crisis brought in its wake a substantial rise in radical antisemitism, both online and in person. Rabid antisemites found the crisis an effective vehicle with which to disseminate their messages of hatred against Jews, mixing traditional antisemitic tropes with new conspiracy theories revolving around the spread of the virus.

The crisis has led to a further radicalization of certain sectors of European countries that were already hostile to Jews, and this radicalization increases the threat to Jewish communities across the continent. Many Jewish communities find themselves in urgent need of better security, which is inevitably costly, at the very time when their income and budgets are severely stretched. This means a greater dependency on assistance from national governments and regional authorities, as well as from the EU, to be able to maintain an effective security posture to thwart the expanding threats.

The results of effective and well-managed community crisis management and crisis communication, based to a large extent on CMT procedures and realistic scenario simulations, played a major role in saving lives and maintaining effective continuity of operation of community institutions and services even during the worst days of the crisis. Although in two countries—France and Britain—the numbers of Jews who have died of coronavirus is quite high, other communities, such as those of Italy, Spain, and Hungary, came out of the peak of the crisis with relatively few deaths.

The European Jewish Congress has a central role to play in assisting Jewish communities, especially the smaller ones, in dealing with these almost insurmountable challenges. The EU must support the European Jewish Congress, as well as directly support the most hard-hit Jewish communities, in order to mitigate the greatest threat to the institutional continuity of Jewish life in Europe since WWII.

(Prof. Shlomo Shpiro is Director of the Europa Institute and Senior Research Fellow of the BESA Center for Strategic Studies at Bar-Ilan University. A leading expert in crisis management and crisis communication, he assisted the SACC in helping community CMT crisis preparations) 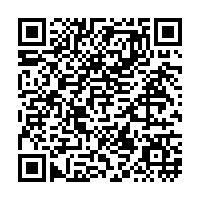