In March 2014, Cukierman’s predecessor, Richard Prasquier, had said, “Today, much more acutely than when I left my position as president of CRIF ten months ago, the question of our lasting presence in France is raised…. Today in the Jewish community, there is hardly a conversation when the subject of leaving [France] is not brought up.”

Moshe Kantor, president of the European Jewish Congress, summed it up: “Normative Jewish life in Europe is unsustainable.”


The U.S. ambassador to the United Nations, Samantha Power, sees the problem of anti-Semitism within a much wider context. At a recent OSCE meeting she said anti-Semitic acts “are not only a threat to the Jewish community, they are a threat to the larger project of European liberalism and pluralism.”

In February 2014, Rabbi Abraham Cooper, associate dean of the Simon Wiesenthal Center, wrote to the president of the European Parliament, Martin Schulz. Cooper wanted Schulz to take action and deal with the prevalent European anti-Israelism.

Schulz replied, “The European Union, European Parliament, and I, as president of the European Parliament, have condemned unequivocally, on numerous occasions, any kind of speech, statement, or publication inciting hatred or discrimination based on political or religious opinions: racism and anti-Semitism are part of this.”

In this manner Schulz was indicating what the major contribution of the European Parliament would be in the fight against anti-Semitism in the coming five years: words, words and…more words. 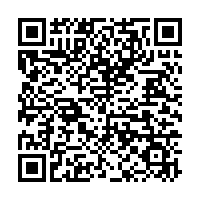