Everyone,regardless of religion (or lack of it), will be swept up by “Soul Doctor” and its uplifting message of forgiveness, tolerance, and love – as well as by the captivating melodies that have made Shlomo Carlebach tunes, with their biblical and religious overtones, so beloved the world over.

Rabbi Shlomo Carlebach brought an uncountable number of people closer to Judaism – and to each other – through his music, his teachings, his stories, his example, his charm, and now, posthumously, this play. “Soul Doctor,” like “Fiddler on the Roof,” pulls on Jewish heartstrings and induces us to feel good about the protagonist. Shlomo Carlebach, however, is far more complicated and influential a figure than the fictional Tevye, and far more impressive in virtually every way.


Ari Goldman, professor at the Columbia University Graduate School of Journalism and a former New York Times reporter (he wrote Carlebach’s obituary for the Times), once said he was “always amazed by how much Shlomo lives and how much his music affected his time and our time. It is very much ingrained in our liturgical life, our celebratory life and our musical life.”

This is the play’s third run in New York – originally it was off Broadway, then on Broadway, and now it’s off Broadway again – but still in the theatre district, at the Actors Temple (339 West 47th Street) where, it’s interesting to note, it is not performed on Friday night or Shabbat day.

The play follows the life of a rabbinic family escaping to America from Holocaust-ravaged Europe, with a young member of the family determined to win back Jews to their heritage. Shlomo Carlebach gets input from a most likely source, the Lubavitcher Rebbe, as well as two of the seemingly unlikeliest of sources – an African American woman singer and a fraudulent hustler who pretends to be blind but in the end emerges as kind and compassionate.

Shlomo Carlebach may have bent the rules when, in an effort to appeal to a lost generation of American Jews, he set up the House of Love and Prayer in San Francisco in the 1960s, but this latest run of the play leaves out Carlebach’s decision to set up a new community in Israel that adhered to not just the spirit but also the letter of Jewish law. The play makes it seem he abandoned the traditional Jewish synagogue where men and women pray on different sides of a partition, when in fact he abandoned this separation for concerts and social gatherings but not in the synagogue.

The play is generally respectful of Jewish tradition and shows even traditionalists coming together with Carlebach at the end (in fact not all of them did). But the play really takes liberties in presenting pre-Carlebach Judaism, at some points, as being devoid of joy and music when in fact joy and music have always been key elements of Judaism.

The play portrays Carlebach’s mother as mocking music, at one point asking, “Do you think the Jewish people survived 3,000 years because we sang songs and gave out cookies?” This language makes it seem as if traditional Judaism frowns on song and on sharing, which is about as far from the truth as one can get.

Carlebach did not break with the past by creating joyous music and sharing food with others. Traditional Judaism emphasizes charity, and as Dr. Natan Ophir recounts in his definitive biography Rabbi Shlomo Carlebach: Life, Mission, and Legacy,when Shlomo was a child his mother bought him a violin and young Shlomo became an expert in musical prayer innovations long before he immigrated to America. The book makes clear that his charitable spirit was instilled in him by his parents, with Carlebach himself saying he “grew up in an atmosphere of helping people day and night.” 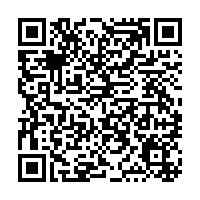