In medieval Spain and Portugal, Jews hid their true identity to avoid the Inquisition and led double lives. They became known as the Anusim.


French and German Jewish leaders now in 2018 advise Jews to hide their real Jewish identities in public, 78 years after the “never again” Shoah.

Is it really such a surprise? Not really.  Post-war Germany’s most important agenda was rebuilding its cities and economy. Thousands of hard-core war criminals escaped justice.  Former Nazis also formed the core of Germany’s post-war justice and education systems. Oddly enough, (the less charitable might say “intentionally”) German Jewish judges, teachers, academics, physicians etc. who managed to escape, were not invited back to their old positions.

Slowly, Jews tried to rebuild their synagogues and communities in a country where there were hardly any Jews left. Following the fall of the Soviet Union, many Jews came to Germany after 1990 providing Jewish life with a tailwind. Many of these Jews were never connected to Jewish culture, but at least Germany felt good about bringing these highly educated people to strengthen struggling communities and of course contribute to Germany’s economy and intellectual infrastructure which had never regained its pre-Nazi levels.

Sadly, things are not working out as planned.

Firstly, the slogan “never again” meant different things.  For Jews it meant the horrors of antisemitism, racism and genocide. For Germans it meant “no more war,” having lost two world wars it started. Pacifism therefore became its raison d’etre, not Israel’s existence as Dr Merkel says.

When the latest assault recently occurred in Berlin on a kippa wearing Israeli, scores of people who witnessed it, bar one, did not intervene. Pacifism not only emboldens the perpetrator, it damages the fabric and internal cohesion of societal mores, values and sense of purpose.

In fact, the German government has acknowledged that antisemitism has steadily increased over the years, despite education and security.

Before the latest attack, Jews were advised some years ago by the German authorities, not to affix a mezuzah outside their doorposts and for communities to mail newsletters without a logo in plain envelopes.

Germany has become embarrassed about its reputation as Dr Merkel often points out when a new outrage occurs. She promises to eradicate it, and to her credit appointed Dr Felix Klein to deal with what she calls Germany’s shame.

Dr Klein has to decide whether to strengthen security measures such as more CCTV cameras— a sensitive issue in liberal post-Nazi Germany, or to make hard decisions and seriously overhaul the education system. More security is not a long term policy, neither is the advice to Jews to conceal their Jewishness and become “Eurosim.”

Germany needs to initiate a policy that goes beyond the mere management of antisemitism. It is not about its reputation alone. Germany needs to recognise that this scourge is about its culture not about Israel.  After all, Catholics don’t get beaten because the Vatican bans abortion and artificial birth control.

There are mixed messages. On the one hand, the established churches condemn antisemitism but their organizations like Brot fuer die Welt, Misereor and Pax Christi fund radical anti-Israel NGOs whose goal is the demise of Israel. These organizations are part of Germany’s foreign aid. NGO Monitor has documented these in detail. In addition, the German government declines to ban Iran’s “political wing” proxy, Hizbollah that has 950 members in Germany.  Iran’s political leaders regularly call for Israel’s destruction.

Germans need to internalise that Jewish history did not start with the Shoah. Therefore in educating schoolchildren, a visit to Auschwitz is not sufficient.  They need to learn that Jewish history is unique and that many western laws and customs are based on Jewish ideas from 3500 years ago.

German children also need to learn that the modern hatred of Jews started substantially with church founders Paul and Augustine, later developing side by side with the magnificence of European culture in art, music and literature, yet transcending the Enlightenment. Students need to be made aware of and discuss, how and why the Shoah occurred in post Enlightenment Europe, long after the invention of aeroplanes and before the State of Israel was established.

With the influx of millions of Muslim asylum seekers, who were raised on Jew hatred, conspiracy theories, misogyny and cruelty, the challenges are that much greater. These challenges however have no hope of being resolved by compromising truth through continued political correctness, misguided rationalisation as to the “causes,” and selective education without historical context.

Dr Klein has a mammoth task requiring an overhaul of traditional German culture. Since Germany is the leading nation of Europe, much depends as to which direction Europe will go. Changing demographics with Muslims entering Europe from non-democratic  tyrannical societies only makes his undertaking that much harder.

This month Dr Klein takes up his position to fight antisemitism.

Will he have the determination to really succeed or will he oversee more “management?”

The Eurosim are watching.

(Ron Jontof-Hutter is the author of the satirical comedy“The trombone man: tales of a misogynist” ) 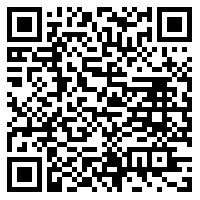