Several commentators note that whether a suspected adulteress (sotah) actually committed adultery or not, the sacrifice on her behalf is still called a mazkeret avon (5:15), a remembrance of iniquity. Noting this, Netziv denies our very premise, writing that this is only referring to the case in which she was actually involved in adultery. Ohr HaChaim disposes of the problem in similar fashion, by saying that it is not the sin of the woman that is remembered here, but the sin of Adam HaRishon. In spite of their creativity, however, neither of these approaches provides us with a smooth, straightforward reading of the text.

Chizkuni addresses the issue more directly. He writes that whether she sinned or not, there is still a sin that occurred here. That being the case, the barley offering is properly called a remembrance of iniquity regardless. But if she did not commit adultery, what was the sin?  Answers Chizkuni that if she was innocent, it would automatically make her husband’s suspicion improper. Hence instead of the offering being on her account, it would now be on his account.

The innovation of this answer is underscored by its bypass of what seems to be a simpler answer: Even if she did not commit adultery, the wife certainly acted in an inappropriate way. Isolating herself with a man about whom her husband is explicitly jealous is far from the best way to conduct oneself in a marriage. That Chizkuni does not say that, even without actual adultery, the sin here is still really hers, indicates that he views the seriousness of what she did to be outweighed by the seriousness of what he did.

We can paradoxically bolster our of Chizkuni’s reading if we look back at one of the questions that led Ohr HaChaim to his own conclusion. Up until now, we have focused only on the second half of the phrase, remembrance of iniquity. But Ohr HaChaim makes us look at the first part of it as well. He notes that a memorialization or a memory-device is not something we connect to something that was done in the immediate past, as in our case. And so he turns to the distant past of Adam HaRishon as something we may indeed forget.

In truth, however, a mazkeret need not be limited to recalling something in the distant past, so that it not be forgotten. Rather, much of what the Torah bids us to ‘remember’ – like the Exodus from Egypt or the evil of Amalek – is about internalization, not about what we normally call remembering. The problem this is meant to address, however, is that our awareness of these important things tends to be latent rather than immediate.

And perhaps that is the function of this sacrifice here too: To have the husband or wife internalize their guilt for a marriage going (or already gone) awry. For even if the wife turns out to have committed adultery, she may feel justified in response to her husband’s mistreatment. Hence the Torah makes a point to call this offering, a remembrance – meaning an internalization – of iniquity.

In the case of the husband, this is even more pronounced. Even in a case when the sotah waters show his wife’s innocence, a husband will likely still blame her for his suspicions. After all, his jealousy was at least partly the result of the wife’s isolation with another man a previous time before the husband told her not to repeat it. According to our approach, Chizkuni is stopping such a husband in his tracks, and telling him to internalize his own responsibility for his wife’s actions. Apparently, so long as she has not crossed the ultimate red line, the husband should understand that if he is not happy with the relationship, the onus of improving it is upon him.

Chizkuni’s insight has broader implications as well, for what is true in marriage is often true in other relationships as well. When things sour, our tendency is to put most of the blame on the other person. The brilliance of the mazkeret avon is that it pushes us to come face-to-face with our own responsibility and not just throw it on others. Doing this will not fix every relationship, but it will certainly be a good start. 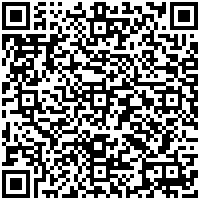