This past Tuesday, America and its allies commemorated 80 years since the attack by Imperial Japan on the US Pacific Fleet based at Pearl Harbor, Hawaii. At that time, Japan was carving out its “Greater East Asia Co-Prosperity Sphere.”

To secure the emerging Japanese Empire, Tokyo expanded its armed forces and its navy in particular, focusing its efforts on Manchuria, Southeast Asia, Indonesia and the Philippines. The key to securing its positions in Asia was knocking out the US military presence in the Pacific and making itself the uncontested hegemonial power in Asia.

The dominant diplomatic doctrine in the late 1930s in the US was isolationism, undoubtedly encouraging Tokyo to conclude that to force an American retreat was feasible even with just six aircraft carriers in the Japanese Navy. The Japanese command envisioned that the strike on Pearl Harbor would undermine America’s self-confidence to a point from which it could not recover.

It is important to review this history today as the Islamic Republic of Iran seeks to evict the US military from the Middle East and assert Iranian hegemony over the entire region. Indeed, Iran’s Supreme Leader Ayatollah Ali Khamenei declared during Friday prayers on January 17, 2020, that the real punishment for America is “expelling them from the region.”

Tehran’s plan began to unfold not long after the fall of the shah in 1979. Iran chose Lebanon as one of its earliest testing grounds, deploying its Islamic Revolutionary Guard Corps to the Bekaa Valley. It made every effort to evict the US Marine Corps from Beirut, using Hezbollah, the Shi’ite militia that it was forming under its command.

The Iranians employed different military tactics than Imperial Japan. Shi’ite militias became their chosen instrument across the Middle East, whether at Khobar Towers in Saudi Arabia, in the Iraqi insurgency, or in Bahrain, the headquarters of US naval forces in the Middle East. It even recruited Sunnis like Hamas and the Polisario in the Western Sahara.

Iran added its growing proficiency in flying unmanned aerial vehicles, especially in Yemen, and struck American interests in Saudi Arabia and Syria. But the idea that motivates them remains the same: weaken American resolve and get Washington to withdraw, so that Iran can inherit the region as its own.

To deny Iran the victory it thinks is within its grasp is doable. Tehran believes the winds of history are blowing in its direction. Pearl Harbor was viewed by experts in the years that followed as an intelligence failure. The information that America needed was right there. Preconceptions blinded decision-makers at the time as preconceptions about Iran are clouding the judgments of policy-makers today.

At least, the US operates in a broad coalition in the Middle East including Britain, the Arab states, and Israel. Iran may have imperial ambitions. But if we listen to each other this time, Pearl Harbor won’t happen again. 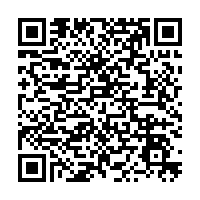