A troublesome series of reports in major “liberal” media outfits like the New York Times and BBC have shown a pattern of “blame the victim” uniquely when it comes to Jews and Israel.


Consider the BBC’s Nicky Campbell’s coverage of the kidnapping of three Israeli teenagers, Eyal Yifrach, Gilad Shaer and Naftali Frankel, in Judea & Samaria arguing that “Palestinians would say perhaps these people were in the West Bank illegally.” He then continued to discuss Arabs in Israeli jails to “give [the kidnapping] some perspective” as if the comments provided any justifications for the kidnapping of teenagers trying to get home from school. (I suppose Nicky would support Iraqis kidnapping his daughters because of the UK involvement in the Iraqi war.)

The New York Times followed on June 16 when it posed several questions regarding “the cavalier practice of hitchhiking” in the West Bank. Was the NYT suggesting that these boys were responsible for their own kidnapping?

The hitchhiking abduction coverage was not unique. The New York Times ran an editorial on 6/19/14 bemoaning that the New York Metropolitan Opera, “bowing to the wishes of Leon Klinghoffer’s daughters and other Jewish critics,” decided to not globally telecast an opera about the murder of a 69-year old American Jew by Palestinian terrorists. The Times thought that “the opera gives voice to all sides” as if the rationale of the murder of an elderly American confined to a wheelchair was worthy of serious consideration. The general manager of the Met, Peter Gelb, said that the composer “John Adams said that in composing ‘The Death of Klinghoffer’ he tried to understand the hijackers and their motivations, and to look for humanity in the terrorists.” Gelb and the Times have called the opera “a masterpiece”. I am considering the right term for the Met and the Times.

Somehow, these outlets believe that Jews bare at least partial responsibility for the crimes committed against them: Jews are not victims; they are vehicles to voice displeasure of the state of the Palestinian Arabs.

To illustrate and contrast the vileness of this targeting of Jews and Israel by these media outlets, consider the coverage of other crimes during this same time period.

The New York Times covered the sexual assaults of women in Egypt during the celebrations for new President Abdul Fattah al Sisi with appropriate disgust. It ran articles, editorials and op-eds that condemned the attacks. The Times did not run articles questioning why the women were out late among so many men. The paper did not suggest that the women were dressed inappropriately. It did not post articles by Egyptian clerics who describe the value of modesty for women and the inappropriateness of their being out among men. Because if the paper had done so, it would have served to validate the disgraceful attack and place blame on the victim.

Similarly when a young man, Elliot Rodger, went on a shooting rampage in California because he felt rejected by girls in his school, the papers did not post opinions that girls should be nicer to young men and consider their feelings. As is clearly obvious, doing so would be an insult to all of the innocent victims of the rampage.

The daughters of Leon Klinghoffer, Lisa and Ilsa, put it best in their letter to the editor of the New York Times on June 21: “Our 69 year-old father was singled out and killed by Palestinian terrorists on his wedding anniversary cruise in 1985 solely because he was Jewish. His memory is trivialized in an opera that rationalizes terrorism and tries to find moral equivalence between murderers and the murdered. Imagine if Mr. Adams had written an opera about the terrorists who carried out the 9/11 attacks, and sought to balance their worldview with that of those who perished in the twin towers. The outcry would be immediate and overwhelming. But ‘Klinghoffer’ is justified as ‘a work of art’ and an opportunity to ‘debate’ the Israeli-Palestinian conflict. This is an outrage.” 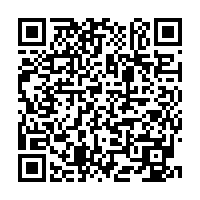