In a textbook case of burying the lede, the Detroit News on Saturday reported that Representative Rashida Tlaib was “surrounded… Friday evening during Shabbat” by Jewish supporters “in the wake of her refusal to visit Israel under restrictions imposed by that country’s government.”  It took 14 paragraphs for the News to mention that Tlaib’s supporters, JVP Action (Jewish Voice for Peace), “openly supports BDS, which is fairly marginal in the Jewish institutional world, and is widely seen as anti-Israel in that world.”  In other words, BDS supporters show their support for another BDS supporter.  Nothing to see here.

Nor is it just the “Jewish institutional world,” whatever that is, that sees JVP Action as anti-Israel.  Anyone who visits their website can see that for themselves.  Their webpage calls the founding of the State of Israel by the Arabic propaganda term, “Nakba,” (“the catastrophe”), with its “false implication of hapless victimhood” of Palestinians forced to flee as a result of the Arabs’ 1948 “war of extermination” against Israel. JVP Action believes Israel exists on “stolen land.”

This echoes Tlaib’s views exactly.  Before Israel put the kibosh on their Let’s Make Mischief Tour, both she and Ilhan Omar were referring to their destination as “Palestine.”  Prime Minister Benjamin Netanyahu noted their itinerary “did not request to meet any Israeli officials, either from the government or the opposition.”  Also, the trip was sponsored by the terrorist-supporting group Mifta, who have spread the Jewish blood libel and published anti-Semitic Nazi propaganda.  It was obvious to Netanyahu that “the sole purpose of their visit is to harm Israel and increase incitement against it.” 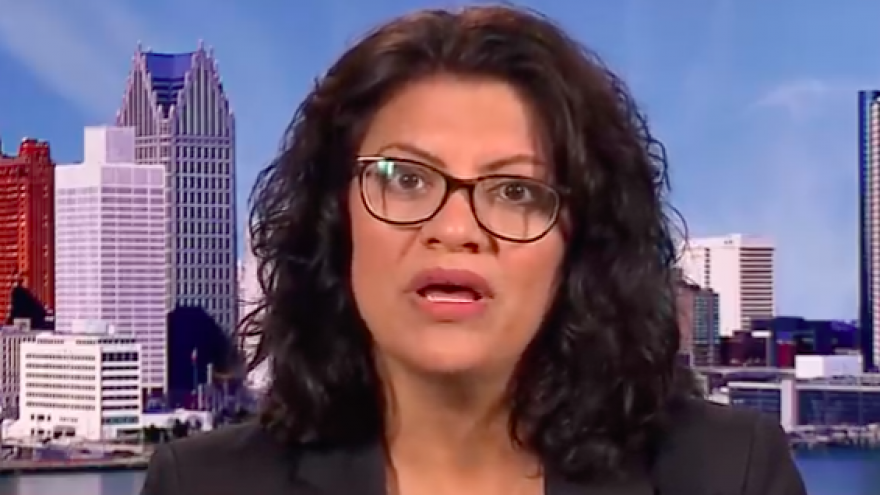 At Friday’s event, Tlaib, in her sappy way, thanked her supporters “for not politicizing what has happened to me because I’m still a granddaughter.”  But the whole idea behind Friday’s political rally was to politicize her non-visit to grandma’s house.  Reuben Telushkin, the organizer of JVP’s Friday’s rally, says he’s dismayed at how criticism of Tlaib “glosses over the fact that this is a person who is trying to see a family member and do their job.”  JVP’s government affairs manager, Beth Miller, dials it right up to eleven, feigning outrage “that the Israeli government would hold a Member of Congress’s family hostage unless she agrees to censor herself.”  For the record, no one has reported any of the congresswoman’s family members being held hostage by the Israeli government.

The fact is, Tlaib loves to use her grandmothers as political shivs.  Months ago, she was blaming her deceased paternal grandmother for her coarse “impeach “the motherf**cker” outburst against President Trump, saying it was “probably exactly how my grandmother, if she was alive, would say it.”  She’s been using her still-living maternal grandmother in the West Bank, who reportedly hasn’t had a visit from Tlaib in 13 years, as a general stand-in for the plight of the Palestinian people.  Already last January she was announcing plans to visit the West Bank “in an effort to ‘humanize’ Palestinians, including a stop in the tiny farming village where her maternal grandmother still lives.”  And if Tlaib’s stop means a chance to shoot some campaign video footage of herself —  tiny farming village as a backdrop, wrapped in the Palestinian flag — what of it?  As Reuben Telushkin pointed out, she’d just be doing her job as a member of the U.S.  Congress, where she’s “a voice” for the Palestinian people.

Tlaib has said she only wants her grandmother “to live her last years with some sort of human dignity.”  But Tlaib is committed to the idea that for Palestinian dignity to exist, the State of Israel cannot exist, an outcome Tlaib proposes to achieve through a one-state solution that leaves Palestinians in control.

She’s also said this this trip may have been her last opportunity to see her grandmother, which highlights how childish and unreasonable she’s been not to accept Israel’s offer, and simply abide by the condition to not engage in anti-Israel activities for a few days.  As Tiana Lowe puts it at the Washington Examiner, even that was too much once “Tlaib remembered that she hates the only Jewish state on Earth more than she loves grandma.”

Tlaib’s behavior only reinforces the perception of the Palestinian character as intolerant, incapable of compromise, and lacking all self-control when it comes to Israel — traits that, until amended, disqualify them from possessing a neighboring state of their own. 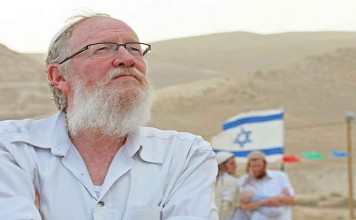 The Man Who Wants To Build The Third Beit HaMikdash: An Interview with Activist Yehuda Etzion 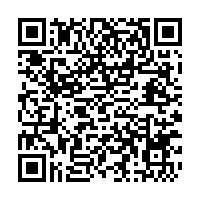