Shaked agreed that “it is in the best interests of Israel as well as of some of the residents of the Gaza Strip. We have to make it easier for anyone who wants to emigrate.”

During Prime Minister Benjamin Netanyahu’s visit to Ukraine Monday, a state official last night revealed that Israel has agreed a year go to establish an airport in the south, and operate shuttles from the Gaza Strip, if there were a country that wanted to absorb the Gazans.

The same official said his government had approached countries in the Middle East and elsewhere in the world, but so far received no positive response.

The source suggested that no country wants to absorb Gaza Arabs, and, according to him, the population in the Strip is being held hostage, and if they were allowed to get out, they would have left.

In 2018, some 35,000 Arabs emigrated from the Gaza Strip. The Hamas government charges an estimated $5,000 fee for each departing person.

It should be noted that the majority of Gaza Strip residents do not have a history there, since they settled there in 1948-9 having fled the war in Israel.

In the Army Radio interview, Shaked said: “It’s called encouraging emigration. I pushed for it for many years in the Cabinet. Israel behaved foolishly when it did not allow Gaza residents to leave and emigrate. Many countries in the world offer exit, entry, relocation and migration.”

The Yamina chairwoman made it clear that, in her view, anyone who wants to emigrate from Gaza should be allowed to do so.

“It is in the interests of both Israel and some of the Gaza Strip residents who want to leave, to allow them to do so comfortably and easily,” she said. “Gaza is experiencing a population explosion. It’s a very crowded strip. It’s time that Israel wake up and let those who want to leave go.” 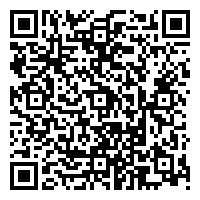