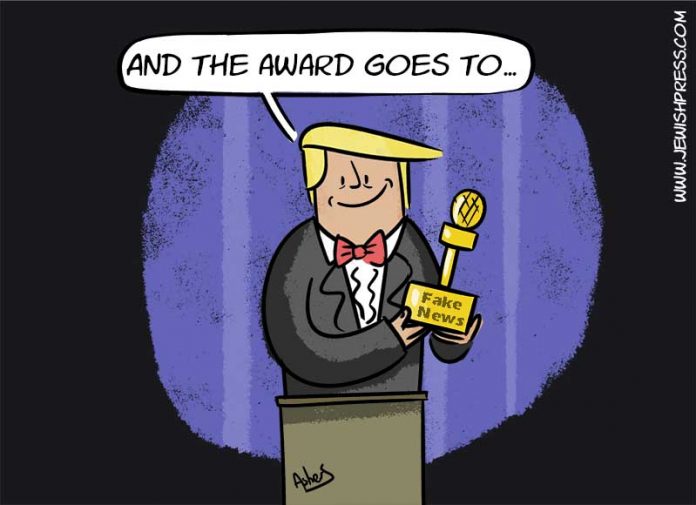 It is an unpleasant task to sound the alert that there are Jews who seek to destroy the State of Israel and harm its supporters. We brand Jews who try to harm Israel and the Jewish people as FAKE JEWS. They advocate Boycott, Divestment, Sanctions against Israel (BDS) and vilify Israel as a genocidal apartheid state, occupier and violator of human rights. Many FAKE JEWS deny their Jewish parentage and go out of their way to hurt the Jewish people. They malign Israel and mislead many uninformed people.  These Jews provide legitimacy to the assault against Israel. Not surprisingly, US President Donald Trump says “some American Jews don’t love Israel enough.”

Historically there have been Jews who acted to the detriment of the Jewish people. In 1936, Zionist leader Katznelson asked: “Is there another people on earth whose sons are so emotionally twisted that they consider everything their nation does despicable and hateful, while every murder, rape and robbery committed by their enemies fills their hearts with admiration and awe?” During pogroms and holocausts there were Jews who aided the enemies of the Jewish people. From Torquemada, the renegade Jew, during the Spanish inquisition to Kapos and colluders who collaborated with the Nazis during the holocaust, Jews have been besieged by people who betrayed their brethren and sought favor with the enemies of the Jewish people.

The Zionist dream of the return of the Jewish people to Israel and the creation of a sovereign Jewish State was realized after almost 2000 years. Jewish anti-Semites and Jewish anti-Zionists, are a vociferous minority who denigrate Israel, while applauding Palestinian Arab outrages against Jews.

The spectrum of FAKE JEWS who vilify the State of Israel varies from those caught up in intersectionality with little or no background knowledge or interest in Jewish history, tradition, or the Bible, to those who have suffered traumatic experiences and/or have deep seated animosity and even hatred for their Jewish brethren and Israel. They vote for candidates who champion anti-Zionist and anti-Israel positions. FAKE JEWS support hatred of Israel on college campuses and condemn the Trump administration for trying to quash it. They make huge donations to universities where dishonest anti-Israeli propaganda proliferates and they fund BDS activities which if successful would result in the end of Israel.

According to Kabbalistic thought, in every generation, FAKE JEWS (Erev Rav) cause many of the problems affecting the Jewish people. A daily prayer is said every day for such Jews: “May the slanderous internal enemies have no hope (HEBREW: Lamalshinim al tehi tikva)”. Allan Dershowitz explains that “people who use their credibility as Jews to destroy the Jewish people, shall not have any hope.”  A moser or a traitor is a FAKE JEW who tries to gain favor in the eyes of the rest of the world by acting against other Jews.

The Jewish people owe a debt of gratitude to the American people. The Jerusalem Embassy Act of 1995, approved by the Senate (93–5) and the House (374–37), was implemented by President Trump when the US affirmed that an undivided Jerusalem was the capital of Israel and authorized the move of the United States Embassy to Jerusalem. He withdrew America from UNESCO over its long-standing anti-Israel bias, closed the Palestinian office in DC, stopped funding UNRWA, withdrew from the Iran nuclear deal, recognized Israeli Golan sovereignty, declared that Israeli settlements in the West Bank [Judea and Samaria] are not per se inconsistent with international law, and issued an executive order combating Anti-Semitism. A global array of those who seek to harm Israel, condemned these decisions. FAKE JEWS slander the most pro-Jewish and pro-Israel president in history. It is not surprising to hear Trump say that they are “… very disloyal to the Jewish people and very disloyal to Israel.”

Prominent FAKE JEWS include: Princeton Professor Richard Falk, who seeks to end “Zio-Nazi oppression and occupation”; academic Norman Finkelstein engages in blood libels calling Israelis “biped bloodhounds drinking the blood of one million Palestinian children” and likened them to “concentration camp guards”; Israeli Miko Peled claims the “IDF lusts for blood” and the peace process is “apartheid & colonization”; Gilad Atzmon describes Israel’s policy toward the Palestinians as genocide; and South African Supreme Court Justice Richard Goldstone charges Israel military targeted civilians. Recently, over 100 Jewish academics including Israel bashers, Judith Butler, Noam Chomsky, and Arthur Finkelstein condemned the Trump administration for its efforts to constrain anti-Semitism and anti-Zionism. Ariel Gold, national co-director of Code Pink, a US NGO, uses her own Jewish blood as a justification for promoting vile racism and hatred toward Jews. FAKE JEWS accuse Israel of Nazism, racism, colonialism and imperialism.  They adopt the false narrative that Nakba for Palestinians is equivalent to the Nazi “final solution”, that Jewish “oppression” of the Palestinians is equivalent to the Holocaust.

14 Jewish protesters from the Bend the Arc group, were arrested when Trump visited Pittsburgh on the one-year anniversary of the Tree of Life synagogue massacre. Chants of “Trump endangers Jews” were heard, and signs read “Our solidarity will defeat White Nationalists”. FAKE JEWS collaborate with the enemies of Israel in colleges, think tanks, and mass media outlets. In Israel, they include many of the Ha’aretz editorial staff, as well as members of The New Israel Fund, Breaking the Silence, Gisha, Meretz, Peace Now, Tikkun, B’tselem, Gush Shalom, and a variety of post-Zionists who stand in opposition to an independent sovereign Jewish state. They attract global sympathy by claiming that Israel is anti-democratic, anti-free speech, anti-LGBTQ, an occupier, and violates the rights of migrant workers, children, Negev Bedouins, refugees, asylum seekers, Arabs, women, fair housing and almost every other intersectionality mantra.

The Jewish Democratic Council of America, a political lobby led by Schumer, Nadler, Wasserman & Co., directly targets Trump as “the biggest threat to American Jews” and is to blame for anti-Semitism in the US. Yet the JDCA capitulates to anti-Semites and supports the radical J-Street agenda to make Israel aid conditional on suicidal Israel concessions. All Jewish Democrats in Congress boycotted the opening of the US Embassy in Jerusalem, including Senators Chuck Schumer, Richard Blumenthal, and Dianne Feinstein as well as Representatives Adam Schiff, Jerrold Nadler, Eliot Engel, Nita Lowey, Jan Schakowsky, John Yarmuth, and Steve Cohen.  These same Jewish representatives accuse Trump of being an anti-Semite yet ignore his powerful speeches against anti-Semitism in the United Nations and in his State of the Union addresses. They fail to react when avowed anti-Semites and anti-Israel colleagues Ilhan Omar, Alexandria Ocasio-Cortez, and Rashida Tlaib malign Israel and the Jewish people. They fail to criticize Farrakhan when he trashes Jews as “termites,” rants “Death to America and Death to Israel.” They admire anti-Semitic, riot-inciting Al Sharpton.

Bernie Sanders is another FAKE JEW. “As a Jew,” he suggested, “It’s going to be very hard for anybody to call me, whose father’s family was wiped out by Hitler, who spent time in Israel, an anti-Semite.” It must be “kosher” to demonize Israel if a FAKE JEW like Bernie makes it part of his platform.  Sanders and his supporter Linda Sarsour declared all-out war on the Jewish State at the J Street conference. He seeks to divide Jerusalem. He supported an Iran pathway to nuclear weapons and $150 billion in cash to fund Hamas, Hezbollah and other terrorists.

FAKE JEWISH organizations founded and led by FAKE JEWS, such as Jewish Voice for Peace and Students for Justice in Palestine with over 200 chapters on college campuses are anti-Israel activist groups. They equate support of Israel as white supremacy, racism, ethnic cleansing, and genocide. FAKE JEWS are encouraged by Reform Rabbis Rick Jacobs and Ron Segal who criticize Israel. They call on Trump to rescind Pompeo’s statement and reinstate the Obama administration’s policy of viewing communities in Judea and Samaria as the obstacle to peace. They accuse Trump of anti-Semitism and pro-Nazi sympathies. They repeatedly invite anti-Semites and anti-Zionists like “reverend” Al Sharpton, and other blatant anti-Zionist speakers. J Street, a Jewish group with an anti-Israel agenda is funded by billionaire George Soros and other anti-Israel Jewish Americans. Organized by Israelis, Jeremy Ben-Ami, Daniel Levy and American Alan Solomont it promotes discredited anti-Israel groups such as “Breaking the Silence” and alleges IDF war crimes yet presents itself as “pro-Israel and pro-peace”. It urges young American Jews to travel to Israel to take part in Palestinian demonstrations against the IDF. J Street campaigns to defeat pro-Israel lawmakers and elect anti-Israel lawmakers. J Street endorsed Nation of Islam spokesman Keith Ellison. J Street legitimizes BDS campus groups and activists. Its campus arm, J Street U, has become a primary vehicle for conveying the most poisonous messages about Israel to students and acts to block student participation in Birthright. IfNotNow, another J Street offshoot founded by Simone Zimmerman, stages anti-Israel/anti-IDF “war crime” protests across the country.

Jews who try to harm Israel and the Jewish people are FAKE JEWS. 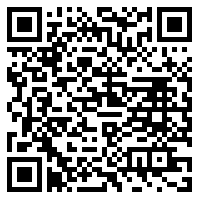