The conflict between fear and beauty is an underpinning of our faith.

The question is: Is fear greater than beauty or vice versa, or are they equal? Furthermore, what happens when the worlds of fear and beauty collide?


The Vilna Gaon has an astonishing chiddush relating to Shlomo HaMelech’s words that we recite every Friday night in Eishet Chayil: sheker hachen vehaevl hayofi esha yirat hashem he tethallel – charm is deceitful, and beauty is vain, but a woman who fears the Lord is to be praised” (Proverbs 31:30).

The Vilna Gaon says when cloaked with fear it’s the “beauty” that should be emphasized. I believe the Vilna Gaon is touching on the split that exists in the universe.

Basically, there’s the spiritual realm, where fear is a fit, and the physical world, where beauty stands out.

According to the Vilna Gaon they are two opposites of the same coin. Beauty alone has no purpose. Fear alone is substantial, but without fusing it with beauty, the fear doesn’t reach its highest potential.

In a physical world, beauty has a central place and must be acknowledged. Man can partake of this beautiful world and make himself feel beautiful in whatever way that manifests itself, and if one does that in conjunction with being fearful of God, the beauty is praiseworthy.

It may be argued that Shlomo HaMelech is not expressing the thought elucidated by the Vilna Gaon, for Shlomo himself downplays beauty based on his conclusion to Ecclesiastes (12:13): “Fear God and keep his commandments, for this is the duty of all mankind.”

Shlomo HaMelech, who lived a life of splendor and abundance, split beauty and fear into two separate components rather than fuse them together with the singular intent of de-emphasizing beauty. (And since Ecclesiastes was likely his last book written, it can be said that it was his final word on the matter.)

A third scenario is when fear and beauty collide in real time. This is found in the famous Mishnah of Pirkei Avot (3:9) where we read, “Rabbi Yaakov said: One who is walking along the road and is studying [Torah], and then interrupts his studies and says, ‘How beautiful is this tree. How beautiful is this plowed field,’ the Scripture considers it as if he bears the guilt for his own soul.”

Why such a harsh punishment?

Based on the aforementioned thoughts, it may be argued that neither according to the Vilna Gaon, who believes beauty and fear can co-exist harmoniously, nor according to the second interpretation of Shlomo HaMelech’s words, that fear supersedes beauty, can there be any allowance for an act of fear (studying Torah) to be contemporaneously disrupted by an utterance of beauty (“How beautiful is this tree”).

Though fear and beauty can complement or supplant each other, fear cannot be simultaneously interrupted by beauty. (On a side note, it may be argued that another explanation of the harsh punishment for interrupting Torah learning to praise a tree is that it was a tree, after all, that was used by the Malach HaMavet to halt Dovid HaMelech’s learning, which caused his death.)

Along the same lines, someone once revealed a fascinating insight to me. One would think that one’s pull to the negative side of beauty – that is, beauty for its own sake – would begin with the physical instruments of the body, namely the eyes. As we know, the eyes covet and the body trails.

Interestingly, the Torah doesn’t present it like this. In Shema it says (Numbers 15:39), “Do not stray after your hearts and after your eyes that you may fulfill all of my commandments.” The Torah first recommends not to go after the heart and only then the eyes. Logically, it can be argued the verse should have said not to follow the eyes and then followed up with the heart; after all, it’s the eyes that cause the action. 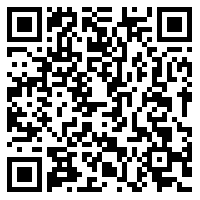