I was a young girl when I first met Arnie Fine, a”h.

My father, Rabbi Sholom Klass, zt”l, had a newspaper building and as often as I could I would accompany him to his office. It was an exciting place to visit. I was a very friendly child and would go over to all the employees to chat. If someone was new I’d introduce myself and ask him his name.


Everyone was polite but Arnie became my friend right from the start. He took me seriously and talked to me as if I were an adult. He delighted me by giving me a slug from the Linotype machine with my name on it. I proudly brought that to school and all the girls asked where I’d gotten it.

This was in the early 1950s, before we had The Jewish Press. My father was in the newspaper business already in the forties with the Brooklyn Weekly and then the Brooklyn Daily, and Arnie was his editor and columnist.

In those years we did everything in-house and it was Arnie who gave me a real tour of the large room that housed the printing press and showed me around the Linotype machines and, in fact, every aspect of the plant.

When I was in my mid-teens I worked at our office in the summers. I could then speak to my friend Arnie every day. I confided some of my teenage problems to him, and he taught me a valuable lesson.

I was disappointed in a friendship and after telling him my tale of woe, I said: “I guess it’s wrong for me to complain about something like this when other people have really big troubles.” But Arnie assured me that “when something troubles you, it’s a real problem to you – and you don’t have to be ashamed for being upset. Never let anyone make you feel that your hurts are not important.”

That was a lesson I remembered years later when my own children would bring me their “little” problems. I always took them very seriously.

The years passed and we started The Jewish Press. Arnie was an integral part of the paper. My father relied on him for so many things. Aside from editing and writing, he started the widely popular I Remember When column. For a number of years he also had a humor column called A Bi Gezunt.

Many readers wrote in to thank Arnie for the I Remember When columns because they brought back the world as it was to people of his generation while opening a window into that world to those of us who were not. There was something about the way he wrote that encouraged perfect strangers to send their stories to him in the hope he might use them in the paper. For those of us who had the chance to hear Arnie’s stories in person, he was undoubtedly the master storyteller.

For many years the paper had its own printing press, and yeshivas and day schools would often call and ask if they could bring a class for a tour of our newspaper plant. The first time it happened I asked Arnie how we should respond. His answer was quick in coming: “By all means we’ll give them a tour. Send them to me.”

And so for years afterward a frequent sight at The Jewish Press was an entire class of youngsters following none other than our editor Arnold Fine around the building. And Arnie was in his element, teaching young people and showing them the workings of what had become almost a second home to him. 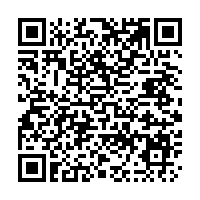