You marry for love and friendship. Yet there are practical concerns involved in making a living and managing your finances that can affect the quality of your marriage.

Some of those concerns are who controls the money, and who has the final say over finances.   Some families find financial management easy, while others clearly need some advice.  It’s important to remember that money is more than just the paper it is printed on; it’s about power, pleasure and utilizing resources in family life.

Yanki, 29, and Sarah, 28, came to speak with me about an argument they were having over how they invested money. Sarah began by telling me that Yanki had spent their money without telling her.

A few months into their marriage, Yanki told her about a “safe” business investment, which a friend had mentioned. The business consisted of selling tax-deferred college savings plans on the Internet.

Yanki claimed they would have to invest only $2000 to get started, and that they would not have to do too much work to reap results. Sarah was hesitant about taking money out of their savings for something they knew so little about.  She told him that she wanted to take some time to think about it and then decide. About a week later, when she was updating their checking account, she came across a receipt that showed that Yanki had paid the investment fee for the business, three days earlier. She was furious and distraught that he would do that when they had agreed to wait.

This is how she described her interaction that night when Yanki came home.

“My anger built as I waited for him to come home from work. I yelled at him and asked, ‘How could you go behind my back and spend this money? I thought we were going to discuss it and decide together!’ I expected Yanki to apologize or give me a rational explanation. Instead, he clammed up and said, ‘I won’t talk to you about this when you’re yelling at me!’”

They didn’t speak for several days.

From Yanki’s perspective, he thought it was a good investment. He felt responsible for their financial future, and was always on the lookout for ways to supplement their income. When a business associate told him about a new home-based business, it sounded like a great idea. He couldn’t wait to tell Sarah about it and get involved immediately. But because she was apprehensive, he agreed to wait until they could discuss things further.

But a few days later, while out of town on business, he ran into this business associate again. This associate told him he needed to act immediately if he and Sarah were to benefit from this great deal. The initial investment fee was about to increase by $200, and the deadline to pay the lower fee was that day. Although he’d promised Sarah that he wouldn’t act until they talked things through, he didn’t want to discuss it over the phone. Not only does Sarah’s job as a teacher make it difficult to speak with her during the day, he thought she’d respond better face to face. He was sure she’d want to save $200! He decided that he would explain it to her when he got home two days later. He was sure she’d understand once she knew the situation.

Before he could explain, though, she had found the receipt and attacked him. He explained that he was so offended that he didn’t want to talk to her until she calmed down.

Eventually they were each able to discuss their fears, concerns and expectations with me, and I suggested they create a plan for how they’d handle financial decisions from that point on. Any time a major purchase was going to involve removing money from their savings account, they needed to discuss it together before making a final decision. If something came up that would take them outside of their budget, they would need to meet together and decide what would be best for both of them.

As Yanki’s and Sarah’s story shows, financial planning is important because many family conflicts revolve around acquiring, keeping and spending money. Many people make their lives miserable by constantly striving for more and more money and material possessions, in an effort to achieve economic security.

Even if you doubt that you’ll be making unexpected investments, all families live under some form of economic pressure and tension. In our community, for example, couples tend to delay their professional careers in order to continue their Torah studies or raise their children. Many will face the following questions: Who opens the charge accounts? Who pays the bills? What kind of bank account will be established? Does one have to ask the other for money? Is one accountable to the other? 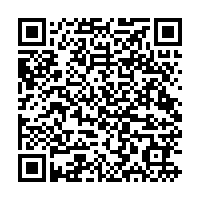