March 3 marked a turning point. On that day, Newsweek magazine published an article titled Child Abuse Allegations Plague the Hasidic community. (True, there have been other articles in major media outlets about abuse in Orthodox communities but this is the first time the problem was broadly tackled in a major, full-length, comprehensive, well-researched piece in a publication not geared exclusively toward a Jewish readership.)

We can argue about whether the article is a damning indictment of blind obedience or whether or not the root problem is a determination to protect the reputations of institutions and their leaders while ignoring the needs of individuals.


We can debate whether or not those who spoke to Newsweek transgressed the alleged sin of mesirah, a sin that likely does not apply in our day, or worse, that they are all liars with their own sinister agendas.

And we can even worry that the article may cause irreparable harm to our community by casting us in a bad light and thereby providing fodder for anti-Semitism.

I would disagree with most of those presumptions.

I believe the Newsweek article actually improves our standing because it forces us to be more open and honest about the scourge of abuse. It shines a very bright light on a problem that some still want to sweep under the rug. And it destroys the delusions of those who continue to believe that Orthodox Jews do not abuse. Most important, it gives us an opportunity to show we can make a commitment to clean things up.

Notwithstanding an apologetic statement from Agudath Israel’s director of public Affairs – “Unfortunately, the Orthodox community was…unaware of the degree and severity of the problem in its own midst” – there are many who still deny the pervasive reality of abuse.

Not unlike the hysterical reaction in 2002 from supporters of the Roman Catholic Church when the Boston Globe broke the story of abusive priests, it took just seconds after the Newsweek article was posted online for the insults and name calling to commence.

Among the milder epithets hurled by readers – many of them apparently Internet trolls who, alerted to the story by e-mail or social media, immediately flocked to Newsweek’s website to deny and denounce – were a host of synonyms for liar and fraudster directed at the magazine and the writer of the story.

Amazingly, many questioned the methodology – all of which was carefully and deliberately presented – that was used or the sources that were consulted. That is precisely how online trolls operate, though. If they do not like what they read, rather than check facts they attack the messenger. Indeed, facts are irrelevant to them if those facts do not align with their personal narratives. Their beliefs are, for them, the ultimate truth. They prefer to slander the authors’ intelligence, motivation, and integrity rather than engage in a respectful discussion.

I have written extensively about the problem of abuse in our community, in a book and in numerous articles, and like others I have been the victim of such trolls. I have researched and documented the data and have been involved with specialists worldwide who have researched the problem and have treated the many victims within our community and beyond.

Most professionals generally do not read the comments, good or bad, that follow our works. We simply do not have the time or the desire to weed through the morass or become part of the mudslinging. On the other hand, all of us have spoken with people who respectfully call or e-mail us, especially if they have questions or even if they disagree. 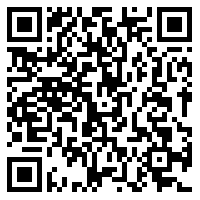