It was only three weeks ago on Tisha B’Av that we chanted the ancient words of Jeremiah the prophet: “For these do I cry. Water pours down from my eyes.”

About whom was Jeremiah speaking? And why was he unable to keep from crying?

In the context of the end of the First Temple period, it might be posited that the prophet was talking about the loss of many thousands of lives at the hands of the Babylonians. And yet it is also possible that Jeremiah had in mind not a vast multitude but rather a specific individual whose death brought him unbearable suffering and emotion.

This year Tisha B’Av marked not only a day of mourning for the Holy Temple; for many in Israel it was also a day of personal mourning for young soldiers who had made the supreme sacrifice for our land and people.

Binaya Sarel, of blessed memory, was an officer in the Givati Brigade, the same brigade in which my son Zviki served for three years. Binaya, along with two other soldiers, was killed by a Hamas terrorist during a humanitarian cease-fire that was supposed to be in effect in Gaza.

I first heard the terrible news only a few hours before Shabbat when I saw several paramedics and army personnel gathered outside the home of our beloved neighbors, Tamar and Aryeh, the grandparents of Binaya. We also knew Binaya’s parents well, as they had often come to our shul, and only a few months earlier we had spent time talking to Binaya’s mother about her concerns for her son.

We waited for a while for the grandparents to come out of their house in order to hug and kiss them. No words could offer any comfort at such a tragic moment. And then Tamar, the grandmother, told us her mother had taught her that life and death are an integral part of growing up and living in this land.

With those words, accompanied by our tears, Tamar and Aryeh were taken by one of their sons to spend Shabbat with Binaya’s parents in Kiryat Arba, located only minutes away from the Cave of Machpelah where all the matriarchs and patriarchs are buried with the exception of Rachel. And all of them, like Rachel, cried out in Heaven, I am certain, when they heard about the death of Binaya Sarel.

Binaya was going to be married in just a few weeks to Gali, who hailed from a non- religious kibbutz. They met three years ago in the army and fell in love. Gali spoke at the funeral about how they had planned to begin a family together, but now he’d suddenly left her alone – left all of us alone and saddened.

How is it that a young man from a religious home connects and falls in love with a young woman from a non- religious kibbutz? The answer, Gali explained, lies with mutual respect for each other’s ideas and lifestyle. It is just one of those lessons in emunah that many have not yet learned yet but which Binaya and Gali taught us with their love and commitment to each other.

While we were sitting with Aryeh this morning, he shared a story about a visit by two people who had not known Binaya but who wanted to see what had happened to the city of Kiryat Arba. They had been soldiers who were sent to protect Kiryat Arba when it was resettled after the Six-Day War. They spoke about the bitterness between Arab and Jew then, and noted that they themselves were ideologically opposed to the new settlement. 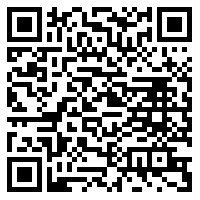