Hamas’ supreme leader Khaled Mashaal dashed any hopes of long-term peace with Israel in a speech in Qatar on Thursday in which he shot from the hip at Israel and also at his terrorist organization’s new partner, the rival Fatah movement headed by Palestinian Authority chairman Mahmoud Abbas.

His lengthy speech in Qatar, which has financed Hamas terror and which fought Egyptian cease-fire proposals, followed by one day a “victory” speech by Ismail Haniyeh, the senior Hamas political leader in Gaza. Mashaal’s silence while Haniyeh accepted the cease-fire is a clear sign of a fierce power struggle between Hamas in Gaza and between Mashaal and Qatar, which holds the purse strings.


Mashaal also claimed victory, with lies that Hamas missiles hit the Ben Gurion Airport, which is not true, and that more than 5 million Israelis hid in bomb shelters, a gross exaggeration. However, there is no doubt that Hamas succeeded in scaring the daylight out of millions of Israelis, interrupting a few flights and generally turning half of Israel into sitting ducks.

And this won’t be the last time, regardless of a cease-fire, he warned.

“Whatever happened [in Gaza] is not the end to this story, and this is not the last operation to free Palestine. It was an important stop on the way to victory,” Mashaal declared.

His speech threw every obstacle possible on the road to negotiations with Israel. The talks are supposed to begin in a month, leaving open the possibility, or probability, that Prime Minister Binyamin Netanyahu is carrying on secret negotiations that will be formalized in 30 days.

The Prime Minister suffered another blow to any trust that Israelis may have for him with a report on Thursday that he met secretly with Jordanian King Abdullah, and perhaps Abbas, prior to the cease-fire, circumstantial evidence that Israel negotiated under fire, contrary to Netanyahu’s promise.

If Mashaal gets his way, there won’t be any talks because one of the new powers in Gaza is slated to be Abbas, whose security forces would patrol Gaza borders, according to the Egyptian proposal. That would provide Cairo with another tactic to get rid of Hamas.

Mashaal nailed Abbas to the wall in his speech, accusing him of throwing cold water on the resumption of the intifada during the war by allowing his security forces to limit protests.

“The next operation needs to use all of the Palestinian capabilities, not just part of them,” Mashaal said. “The resistance is holy and weapons are holy. There is no such thing as a country without weapons.”

A country or not, Gaza still has at least 2,000 rockets as well as anti-tank rockets and presumably anti-aircraft missiles. It still has rocket factories, one of which was filmed in production by Hamas during one of the failed cease-fires during the war.

Netanyahu had demanded that any halt in violence would be accompanied by disarming Hamas, but this week’s cease-fire only left the issue to be put on the negotiating table, along with Hamas’s demands for a deep-sea port and an airport.

Mashaal’s speech was full of hate and crude accusations that Israel inflicted a “Holocaust” on Gaza by “destroying schools and hospitals,” which all but the most extreme anti-Israel media now know were used by Hamas as rocket launching and terrorist command centers.

“We are against what Hitler did to the Jews, and Israel committed a second Holocaust in Gaza. Israel is an embarrassment to Jews and to the entire world,” according to Mashaal.

His rhetoric was aimed at Abbas as well as Israel. If and when negotiations begin, Egypt and the United States will be on the side of Abbas, who despite his unity government with Hamas has proved politically smart by a patient and single-minded tactic of using international support to slowly but surely win concession after concession from Israel until there is nothing left to negotiate. 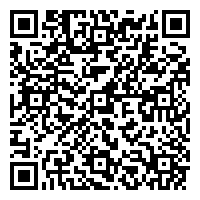