One night while looking for something interesting to watch on TV, I came across “American Greed,” a series portraying the rise and fall of people who will do anything for money. One of the episodes featured an Orthodox Jew, so naturally it drew my attention.

In a non-emotional, factual manner, the producers told the sad, sordid tale of Solomon Dwek. After being arrested on a $50 million bank fraud charge, Dwek agreed to wear a wire for three years, during which time he implicated dozens of people, among them several Orthodox Jews as well as politicians of every caliber. They were accused of money laundering, political bribery, and an illegal and morally repugnant black market kidney sale operation.


It was the largest sting operation in New Jersey history, and steep sentences were handed down to many of those convicted, including two of the Orthodox Jews.

The documentary was deeply troubling, centering as it did on an immense chillul Hashem – Orthodox Jews so blatantly breaking the law, using code words such as “gemara” and transferring bundles of cash in cereal boxes, all to keep the law off their trail; acting, in the words of an FBI agent, more like mob bosses than rabbis.

Obviously what Dwek did was wrong, but the people he entrapped could have indignantly sent him away or called the authorities. Those arrested were doing things that are illegal and against halacha, and they were well aware of the risks.

There is, as we know, a subculture in the Orthodox community that has a cook-the-books mentality. There are those who hide as much cash as possible because they feel the government doesn’t deserve any of it. (But of course they fully expect to benefit from the services funded by taxes – police protection, an effective fire department, systematic garbage pickup, road repair, etc.)

It is a sad wonder how people can live such double lives. They give tzedekah in shul one hour and blatantly break the law the next hour. They insist on eliminating women from photographs but forget fundamentals like not stealing.

What struck me most as I watched the program was that Dwek was punished not just by the courts of law but by the court of life as well, and his family was convicted right along with him.

In pictures taken of Dwek in court, the formerly robust real-estate tycoon looked thin and broken. His attempt to reduce his sentence by becoming an informant – he originally faced up to forty years in jail and in the end was sentenced to six – effectively ruined not just his life but those of his wife and children as well.

Dwek’s father denounced him, his children were thrown out of their yeshivas, and his wife and six children – including a baby who was a mere eight weeks old at the time of Dwek’s sentencing – fled to Baltimore. Rabbi Aaron Tendler helped the family over the protestations of many of his congregants who did not wish to see the family of a moser received in their midst.

The chesed and tzedakah the family had provided to Jews and non-Jews alike was quickly forgotten. They were shunned in every sense of the word – a treatment not meted out to families of those convicted of much worse crimes.

His wife, who stood resolutely by his side when she could easily have claimed ignorance of his actions and left him, wrote to the judge requesting leniency, saying they had already been punished. His eldest daughter poignantly wrote, “I have seen family members I love…shun us. And the community each one of us described as home [has] become a place where we are no longer welcome.”

This Rosh Hashanah, most Jews will find themselves in a synagogue where they will beg Hashem to judge them favorably and forgive them their sins, for which they will ardently promise to repent.

But many of us feel quite free to dispense precisely the opposite treatment to our fellow human beings. And we don’t hesitate to ostracize others not only for their mistakes or misdeeds but for those of their family members too.

What kind of superficial, meaningless value system is being upheld when an excellent, well-rounded girl is given only poor-quality shidduch prospects because her parents were divorced? Or when a child is denied the opportunity to receive a Jewish education because his mother is not considered “tznius enough”?As we prepare to repent and make amends, we need to look around and consider those we judge and condemn. Are we being too harsh in our estimation of their worth? Not one of us is free of taint, and one can only imagine the anguish we cause by not giving others a chance to prove themselves.

When we ask Hashem this Rosh Hashanah to blot out our sins, no matter their seriousness, will we be able to honestly say we’ve extended that level of empathy and forgiveness to others? 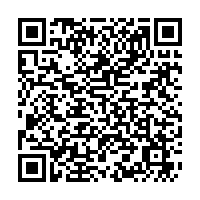