Returning to Russia this past July on a ten-day tour sponsored by the Association of Americans and Canadians in Israel (AACI) proved to be a voyage of nostalgia and redemption. My three earlier trips, beginning in 1966, took place during the Refusenik era.

On my first visit, as a twenty-four year old recent Ph.D., when there were no official travel arrangements between the U.S. and the USSR, I spent two weeks in the country as the only Jew and the only American on a Dutch student group tour.


When I applied for permission to enter on my second visit in 1973, Soviet customs apparently had not kept up with the American publishing industry, failing to note the book I’d written on Soviet Jewry in the interim, The Unredeemed (Quadrangle, 1968). On that trip a U.S. congressman and I had the distinction of being the first Americans to meet Andrei Verein, head of the dreaded internal security unit OVIR. During our meeting we raised the issue of Jewish emigration.

On my third trip, in 1987, sponsored by Lishkas Ezras Achim, I spent two weeks with two young American Chabad emissaries there.

The AACI itinerary focused mainly on the history and culture of St. Petersburg and Moscow, but I arranged on my own for interviews with Chabad representatives in both cities in order to learn about current conditions. My tour group ate all their weekday dinners and Shabbat meals at the magnificently restored Chabad-affiliated St. Petersburg Choral Synagogue, purposely constructed in 1893 on a side street to escape the possibility of the czar’s ever having to view it.

The faded glory of this architectural gem was obvious to me on my two earlier visits to the city (aka Leningrad). I remember seeing a prayer for the Soviet Communist government posted on the synagogue’s front wall. An AACI traveling companion identified a Torah scroll he had smuggled in forty years earlier, resulting in a six-hour KGB interrogation.

The shul dining room was hopping with tourists. My wife and I spoke with a few women from a tour for Chabad widows from Israel and the United States. At least half the 150 congregants on Shabbat morning seemed to be tourists. Services were led by American-born St. Petersburg Chief Rabbi Mendel Powzner, who also delivered a sermon in Russian and read from the Torah. He has been in St. Petersburg over twenty years. After services on Friday night and Shabbat morning, locals and Chabad shluchim dined together at handsomely laid-out community meals.

The city is served by fifteen shluchim. There are also three Aydot HaMizrach and one Litvish congregation. Five hundred children attend Jewish schools and kindergartens of various sorts; roughly 1,000 meals are provided daily for poor and elderly Jews; a children’s home houses some 100 boys and girls from broken families; and there are classes and one-to-one learning activities at the Choral Synagogue. The rabbi I interviewed was looking forward to his annual trip to Israel; he would be leaving the following week with St. Petersburg teens in the “Stars” program.

Following my first trip to Moscow nearly half a century ago, I published “Tisha B’Av in Moscow” in The Christian Century magazine. My article was among the earliest concerning the slow strangulation of Soviet Jewry to appear in a Christian publication. Today, the restored Moscow Choral Synagogue, no more than a five-minute walk from the Kremlin, features a restaurant, gift shops, and young men studying Torah.

On my earlier visit, before diplomatic relations were severed between Israel and the Soviet Union following the Six-Day War, Israeli diplomats were forced to sit apart from brave Jews who came to shul. Now, a guide pointed out in the women’s gallery a plaque showing the seat Golda Meir occupied when she served as Israeli ambassador to the Soviet Union in the late 1940s.

Figures vary depending on whom you ask, but the Jewish population of Moscow numbers well over 100,000. There are sixty-five weekly flights fly between Tel Aviv and Moscow. The city boasts eight kosher restaurants, some of them very high end. The Marina Rochna Community Center, which cost $16 million to build, is the center of Jewish life. Nearly 200 people attend daily services, and “there is no room to move” on Shabbat, according to its Chabad spokesman. Jews work out at the gym and watch performances held in the theater. Our AACI guide noted that on an earlier tour he heard a concert by an Israel Defense Forces choir. 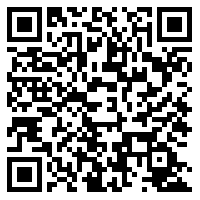