Ambassador Friedman deserves to be hailed for his request of the State Department to cease using the term “occupation” to describe Israel’s control of Judea and Samaria – the area the world calls the West Bank. Reportedly, Ambassador Friedman’s request was denied by the State Department, but is being brought to President Trump for an ultimate decision.

Historically, the Western Bank of the Jordan River (and much of the Eastern Bank) was just as much a part of the land of Israel as Tel Aviv or Haifa. The Jews crossed the Jordan River at a place today called Qasr-Al-Yahud and the first city they conquered was Jericho. Before King David conquered Jerusalem, the seat of his Kingdom was in Hebron. For 2,000 years, Jews envisioned weeping at Rachel’s tomb in Bethlehem, swimming in the Jordan River, and seeing the place of the Tabernacle in Shiloh. Our prayers focused on a return to Jerusalem. Ben-Gurion’s most challenging decision was agreeing to the United Nations partition plan and compromising on the Jews’ historic connection to Judea and Samaria.

In 1967, the Arab armies attacked the young 19-year-old Jewish state. Jordan’s Hashemites joined the other Arab armies, and like them, were defeated and lost land in their defeat. Jordan lost the entire Western Bank of the Jordan River. Israel would offer to return the West Bank on condition the Arab world would make peace with the Jewish State. Their offer was denied and they were met with war again in 1973. In the 50 years that the Jewish state has controlled this land, they have never annexed it but they have settled it. The land is not part of Israel, it is officially under Israeli military control and it is disputed. Its final status is to be determined by direct negotiations between the Israelis and the Palestinians.

Many in the world consider this area rightfully Palestinian. They see Jewish control and settlement of this land as an “occupation” and some even consider Israel’s West Bank policies as resembling “apartheid.” The Jewish state responds to these claims by pointing out that while Israel’s founders agreed to a compromise giving up Judea and Samaria, it is historically Jewish land, and land can’t be illegally occupied by its rightful owners. Furthermore, Israel’s policy is to establish an independent Palestinian state on this land, but is currently waiting for the Palestinians to agree to peace with the Jewish state of Israel.

Israelis take great offense at being called occupiers of the West Bank. The term indicts those who have merely returned to their ancestral land. Israelis, Palestinians and all interested global parties recognize that in any negotiated settlement, major Jewish population centers in Judea and Samaria will remain Jewish and under Israeli control. Calling a Jewish presence in the West Bank an occupation presupposes the results of negotiations that haven’t yet occurred between the Israelis and Palestinians.

With his request to cease using the term “occupy,” Ambassador Friedman has taken a strategic step in American foreign policy. While America has never characterized Jewish settlement as illegal, a study of American foreign policy over the past 50 years shows clear favoritism towards the Palestinian narrative that characterizes Jewish settlement of Judea and Samaria as an occupation. Along with the recognition of Jerusalem as the capital of Israel, ceasing to use the term “occupation” would recognize the reality that Jews living in Judea and Samaria, and Israeli control of the area is a human right and not an occupation.

The benefit to negotiations between the Israelis and Palestinians is clear. Certain points of contention between the Israelis and Palestinians are nothing more than talking points. Jews will continue living “over the Green Line” even after a negotiated settlement. Calling Jews occupiers just hamstrings negotiations between the two people. The more unnecessary points of contention that are removed, the faster real issues can be discussed and resolved.

I’m proud of Ambassador Friedman’s foresight on this issue. I hope that President Trump sides with him and recognizes that the State Department’s adoption of the Palestinian narrative has only aggravated the Israeli-Palestinian conflict. New ideas and paths must be attempted. Ceasing to characterize Israelis as occupiers would be a great next step along that path. 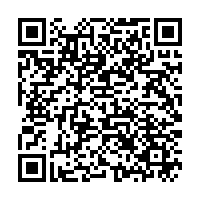