A stamped piece of clay from the First Temple period (seventh to sixth centuries BCE), which belonged to the “governor of the city” of Jerusalem – the most prominent local position to be held in Jerusalem of 2700 years ago – was unearthed in archaeological works in the Western Wall Plaza, on behalf of the Israel Antiquities Authority and in association with the Western Wall Heritage Foundation.


This extraordinary find is a lump of clay, stamped and pre-fired. It measures 13 X 15 mm and is 2–3 mm thick. The upper part of the seal depicts two figures facing each other, and the lower part holds an inscription in ancient Hebrew script.

The seal was presented to the Mayor of Jerusalem, Nir Barkat, during his visit to Davidson’s Center, near the Western Wall, last week. After the completion of the scientific research, the seal will be on temporary exhibit in the mayor’s office.

The seal, its purpose unknown, was retrieved by an IAA employee named Shimon Cohen, who was wet-sieving the soil from a late First Temple-period building.

Dr. Shlomit Weksler-Bdolah, the IAA excavator of the site—located in the northwestern part of the western Wall Plaza—believes that “the seal had been attached to an important transport and served as some sort of logo, or as a tiny souvenir, which was sent on behalf of the governor of the city.”

She further suggested that “it is likely that one of the buildings in our excavation was the destination of this transport sent by the city governor. The finding of the seal with this high-rank title, in addition to the large assemblage of actual seals found in the building in the past, supports the assumption that this area, located on the western slopes of the western hill of ancient Jerusalem, some 100 m west of the Temple Mount, was inhabited by highly ranked officials during the First Temple period.”

“This is the first time that such a seal is found in an authorized excavation. It supports the biblical rendering of the existence of a governor of the city in Jerusalem 2700 years ago,” she noted.

Prof. Tallay Ornan of the Hebrew University, and Prof. Benjamin Sass of Tel Aviv University, studied the seal. “Above a double line are two standing men, facing each other in a mirror-like manner,” they described it, adding, “Their heads are depicted as large dots, lacking any details. The hands facing outward are dropped down, and the hands facing inward are raised Each of the figures is wearing a striped, knee-length garment.”

“In the register beneath the double line is an inscription in ancient Hebrew: ‘LSARIR,’ לשרער with no spacing between the words and no definite article. It denotes ‘Lesar Ha’Ir,’ meaning ‘belonging to the governor of the city,'” they concluded.

Jerusalem Mayor Nir Barkat related, when the find was presented to him, that “it is overwhelming to receive greetings from First Temple-period Jerusalem. This shows that as early as 2,700 years ago, Jerusalem, the capital of Israel, was a strong and central city. Jerusalem is one of the most ancient capitals of the world, continually populated by the Jewish people for more than 3,000 years.”

“Today, we have the privilege to encounter another one of the long chain of persons and leaders that built and developed the city. We are grateful to be living in a city with such a magnificent past, and are obligated to ensure its strength for generations to come, as we daily do,” the mayor said.

According to Dr. Yuval Baruch, Archaeologist of the Jerusalem District in the IAA, “The outstanding significance of the finds brought upon the decision to conserve the First Temple-period building exposed in the Western Wall plaza excavations and open it to visitors”.

Conservation work at the site, on behalf of the Israel Antiquities Authority, was carried out by Yossi Vaknin and Haim Makuriya. 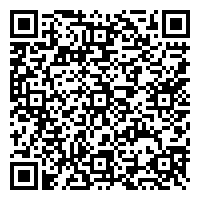