A good point of departure from which to gauge the current French-Israeli relationship is the French reaction to the recent violence at the Gaza border. When Israeli Prime Minister Benjamin Netanyahu met French President Emmanuel Macron in Paris in April, Macron told him that the relocation of the US Embassy to Jerusalem “led to people dying and did not advance peace.” With this transparently manipulative statement Macron showed his skill at distorting the truth. The violence had been provoked by the initiative of the terror organization Hamas to send civilians to the border and mix terrorists among them. Among the more than 115 Gazans killed by Israel, more than half were confirmed terrorists. That many of those killed were terrorists was confirmed by Hamas itself.


France also supported a UN Security Council resolution that called for protective measures for Palestinians, but didn’t mention Hamas. Deputy Israeli Minister Michael Oren summarized it in a tweet: “Shame on France for supporting it. French government cannot say it’s against anti-Semitism and vote for this anti-Semitic resolution.”

During the violence in April, France urged Israel to show restraint and told Israel that it was its duty to protect civilians. The French spokesmen knew full well that Hamas had sent terrorists to mingle among the civilians and that many civilian demonstrators had not had peaceful intentions. This behavior by the French was particularly hypocritical in view of the many deadly terrorist attacks that have been committed by Arabs in France. The most lethal took place in Paris in 2015 and resulted in 130 deaths. In 2016, 86 people were killed in Nice.

When IDF Spokesperson Brig. Gen. Ronen Manelis spoke to French parliamentarians recently, he reminded them that along with those of other countries, French donations had helped Hamas build its terror capabilities.

French reactions to the Gaza violence have deep roots in Middle Eastern history. In 2008, David Pryce-Jones published his book, Betrayal: France, the Arabs and the Jews. He had access to the archives of the French Foreign Ministry, better known as the Quai d’Orsay. His conclusion can be summarized thus: throughout modern history, France has done more damage to the Middle East than any other country.

France’s reactions to the Gaza violence reminded me of a visit I made to a conference in Paris in the autumn of 1961, a few weeks after French police had murdered an estimated 150-200 non-violent Algerian demonstrators in the French capital on October 17, 1961. Some of the corpses were found in the Seine River. Historians have called it the most violent repression of a demonstration by a Western European state in contemporary history. After more than fifty years of government silence, in 2012 then-French President François Hollande finally acknowledged the killings. Macron and those who issued the recent condemnations of Israel must have been familiar with many details of these mass murders by the French police.

There are other aspects that should be taken into account when judging the persistent French tarnishing of Israel. France is the most dangerous country in Europe for Jews. Of the fifteen Jews killed for ideological reasons in Europe — of which the perpetrators, all Muslims, are known — twelve were murdered in France in six different attacks. The two mass attacks by violent Muslims on synagogues in the EU were both carried out in France: in Paris and in Sarcelles.

Frequently exposing the ongoing, hypocritical blackening of Israel by the French is unlikely to stop it, but it may make it less worthwhile for the country’s official perpetrators.

Soccer and Parkour OK On Temple Mount; Muslims Worried About Jews Desecrating Place By Praying There 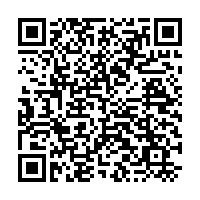