Prime Minister Netanyahu’s demand that all Iranian forces be withdrawn from all of Syria is unrealistic at this stage, Russian Ambassador to Israel Anatoly Viktorov on Monday told Israel’s Channel 10.

“They (the Iranians) are playing an important role in our common efforts towards the extermination of terrorists in Syria,” the ambassador said. “That is why at this point we consider unrealistic any requests concerning withdrawal of any foreign forces from Syria.”


“We can speak with our Iranian partners very honestly and openly, to try to persuade them to do or not to do anything,” Vikotorov said. When asked whether Russia can force Iran to leave Syria, he answered, “No, we can’t.”

The Russian diplomat confirmed that there is an agreement that only the Assad army will be present on the Syrian side of the border with Israel. “We agreed that there will be only Syrian regular army units on the other side of the border,” he said. “Israel’s security is our top priority, and these are not just empty words, it’s Russian foreign policy.”

At the unscheduled July 23 talks between visiting Russian Foreign Minister Sergey Lavrov and Chief of General Staff Valery Gerasimov and Prime Minister Netanyahu, the latter proclaimed that he wanted all the Iranian forces to be withdrawn from Syria. The Russian foreign ministry then stated that they had discussed with Netanyahu further steps to complete the anti-terrorist operation in southern Syrian, as wellas the PA-Israeli peace process and other aspects of the two countries’ Middle East agenda.

The Russian ambassador said that President Vladimir Putin’s message to Netanyahu during their last meeting in Moscow on July 11 was that Russia would take into consideration Israel’s security interests in any future arrangement in Syria. 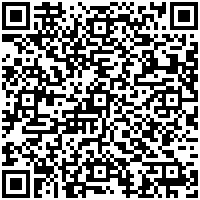