There are people, including Jews, who stand in protest with signs reading: “Free Gaza!” This is a message I fully agree with! Free Gaza! Of course in order to make sense of this slogan one needs a bit of background. What does “Free Gaza” mean?

If there were people standing around with signs reading: “Free Love”, I would assume they were still living in the 1960s. If their signs read: “Free Beer”, it’s probably an old-time political rally or the opening of a new pub. There’s “Free Parking!” with the universal dissonance between the rulebook and what kids actually do when playing Monopoly. Perhaps one of the most famous “Free —–” is “Free Willy!” therefore I assume that “Free Gaza!” means that Gaza is held captive and should be released.

What does “Free Gaza!” refer to: the people, a city or a piece of land or all three? The question is how to define the goal and the means to achieve it.

Apparently the people holding the signs mistakenly think that Israel – and Israel alone – is to blame, as if Israel has the key to let Gaza free and is maliciously not doing do so and for no good reason. This is strange since, after all, Israel left Gaza 13 years ago, giving away the key to the locals, and asking just not to be disturbed by rockets, mortars and attack tunnels. Is that too much to ask?
Israel expelled 8,000 of its own citizens who had built communities out of empty sand dunes decades before. Those communities exported 10% of all Israeli agricultural exports – not a bad bit of a livelihood. When Israel withdrew all its citizens and soldiers from Gaza, it left behind hothouses, the means to continue that lucrative, for-export agriculture. What happened to those hothouses? Has Gaza taken over that portion of Israeli agricultural exports? Wouldn’t it be a boon to the people of Gaza? It would, but those hothouses were trashed. In addition, many Gazans who had made a living working for Jews in those hothouses were now out of work, as were others who used to work in Israel but no longer could.

“Ah”, you say, “That’s because Gaza is under siege by Israel! No one can work in Israel and not a single cherry tomato can be exported!”

Listen: Gaza has three “neighbors”: Israel, Egypt and the sea. Israel, like any other country, is under no obligation to open its borders to foreigners. Egypt also has closed its border to Gazans. The sea route is indeed blockaded– but even the U.N. (the Palmer Commission) has recognized the legality and legitimacy of that blockade.

Why? This is where many people get confused, putting the cart before the horse. The situation in Gaza is not a result of Gaza being closed. Gaza is closed and legally blockaded by sea because the elected leaders of Gaza have declared war on Israel and all Jews. This war that they unilaterally declare is in the name of Hamas extremist Islamic ideology that has nothing to do with the material and economic conditions in Gaza; Gazans are just pawns to that ideology that creates those material conditions.

Could you imagine Americans standing with signs reading “Free Berlin!” in March of 1945? Of course not! In 1945 the reason Berlin was then almost under siege and under continual bombardment was because the German leaders had led Germany to an imperialist war to conquer its neighbors out of selfishness and a doctrine full of hatred. As long as the Nazis were in power – there was nothing one could morally do for the civilians of Berlin. Only after Germany unconditionally surrendered could anything be done to relieve the plight of Berlin civilians.

As long as Hamas rules in Gaza and is interested more in killing Israelis than in making decent lives for Gazans – nothing that can really and effectively be done to relieve the distress of Gazans. Aid given to Gaza goes first to the Hamas war-machine against Israel; if there are any leftovers, they go to people according to affiliation to the several terrorists organizations. Instead of investing in turning Gaza into Singapore or the Riviera – the money is literally sunk in the ground.

So yes: “Free Gaza!” Free Gaza from Hamas, and then a better life can begin for all involved. 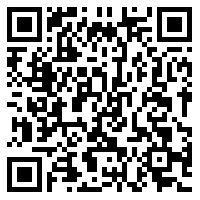