In a clear distortion of information, the once prestigious Freedom House, a not-for-profit organization that purports to monitor which societies in the world are truly free, appears deliberately to have omitted and misrepresented easily verifiable information in what can only be seen as an attempt to downgrade Israel from “free” to “partly free.”

This self-appointed, proclaimed monitor of freedom, itself only partly-free, not only cites Arab and radical propaganda taken as fact, with no checking, off the internet, to declare Israel as less free, but condemns it for protecting itself from daily bombardments of the terrorist organization, Hamas. Last week, in 24 hours alone, over 80 rockets were fired on a city in Israel’s south, “Can you imagine, one writer asks,” if even one rocket were fired on Washington, London, Paris or Moscow?”


While on the surface that might not seem a calamity, these falsehoods follow a pattern — as with Human Rights Watch [see www.NGO-Monitor.org for details] or the International Solidarity Movement (ISM) — maliciously and recklessly to distort the situation of human rights in the Middle East in general, and Israel in particular, apparently for no other purpose than to defame the only democracy in the Middle East, one which is daily threatened with eradication.

The ISM operates as a human shield for terrorist groups; it works cooperatively with Hamas, Islamic Jihad and the PFLP. The Palestinians have found a formula of deception to put a good face on their terrorism sponsors’ irredentist movement. They now claim they represent humanitarianism and freedom when in reality they promote the takeover goals of totalitarianism, arresting journalists wholesale and inciting violence from government-controlled media. A vast number of websites — some have even crept into the classrooms of American colleges — now claim to have valid research and have reversed the facts behind just who represents genuine freedom, and who is seeking the destruction of a free and democratic state, Israel, to install a new totalitarian one in its place.

Among its many reports which explain the downgrade of certain states’ freedom rankings, the one about Israel not only distorts history but even reverses facts, when describing who has rights to pray on the Temple Mount.

According to the report, “Citing security concerns, Israel occasionally restricts Muslim worshippers’ access to the Temple Mount, or Haram al-Sharif, in Jerusalem. In October 2011, Jewish extremists burned and vandalized a mosque in the northern village of Tuba-Zangariya, leading to protests by hundreds of residents and minor clashes with police.”

The report makes no mention that Israel gave complete administrative control of the Temple Mount, the Jews’ holiest shrine, to the Waqf, the Muslim religious administration, in 1967. The Waqf does not allow any Jewish praying on the Mount, even arresting Jews who dare to move their lips or even close their eyes, for fear they might be praying. The Waqf also relies on the Israeli police, many of whom are Arabs and not Jews, to enforce this edict.

Muslims are not restricted from praying on the Mount, except on high Muslim holidays, when the police — after they had determined that younger males are more inclined to violence — sometimes admit males only over the age of 40 to prevent riots and attacks on the police. In any event, as on many earlier occasions, when Arab worshippers have attacked the police, the number of worshippers admitted on Muslim high holidays days would be restricted for normal crowd control.

For Freedom House to try and suggest that Jews are keeping Muslims from praying on the Temple Mount is disingenuous, if not libelous, and reveals at best a substandard level of competence.

As for the mosque burning incident, this was not a government-sponsored crime, but conducted by individuals who are being sought by the Israeli police for arrest and prosecution; yet Freedom House would have its readers believe this was a government-sanctioned attack. Prosecutors in Israel prosecute any Jews who attack or deface Muslim shrines and Jews go to jail. This is tantamount to falsely suggesting Klansmen who burned black churches in the Jim Crow South were carrying out US government functions.

Similar distortions also abound in the Freedom House report on educational matters. Two paragraphs in particular are disturbing; they state,

“Legislation passed in March 2011 requires the state to fine or withdraw funds from local authorities and other state-funded groups that hold events marking Al-Nakba on Israeli independence day; that support armed resistance or “racism” against Israel; or that desecrate the state flag or national symbols. Both Arab rights and freedom of expression groups criticized the law as an unnecessary and provocative restriction.

“In July, the Knesset passed the so-called Boycott Law, which exposes Israeli individuals and groups to civil lawsuits if they advocate an economic, cultural, or academic boycott of the State of Israel or West Bank settlements, even without clear proof of financial damage. Petitions filed against the law were pending at year’s end.”

The article does not explain that Al-Nakba in Arabic refers to the founding of Israel as a “catastrophe” for the Arabs living in Israel. The “Arab rights” and “freedom of expression groups” (unnamed) which opposed the new law all advocate the destruction and replacement of the Jewish state by an Arab-dominated one which would not have religious or gender-based freedom, the same as other Arab states in the region. The boycott of Israel is even opposed by the Palestinian Authority government-in-the-making; it is a continuation of the Arab League’s unending declared financial war on Israel, a war that began in 1922. Israel does not prohibit individuals from making such statements advocating destruction of the Jewish state, only the lawsuit rights of victims who pay Israeli taxpayer money to pay for it as a function of government. 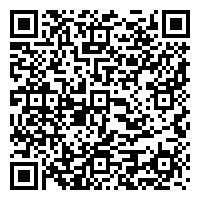