Secular education has become the focus of public discourse and debate in Israel, as the Ministry of Education seeks to implement its core curriculum (tochnit haliba) in religious schools.

New legislation would make the funding these schools currently receive contingent on their adopting this core curriculum. The program consists of basic instruction in language, mathematics, science, and history. The hope is that students will achieve a level of proficiency in these subjects, giving them valuable skills for the future.


But these changes were met with tremendous opposition in parts of the religious community. For some, teaching children secular subjects is seen as somehow being in conflict with Torah values. Which raises the questions: What is the place of secular education in Jewish life? Is there a value in secular knowledge? How do we as Jews relate to the dominant secular culture that surrounds us?

These questions are at the heart of the holiday of Chanukah, when we celebrate our victory over Hellenism; over the influence of Greek culture on our people.

A famous interpretation of the menorah, often attributed to Rabbi Eliyahu ben Shlomo Zalman of Vilna (1720-1797), the Vilna Gaon, speaks to these very questions.

Aharon is instructed, “When you kindle the lamps, toward the center of the menorah shall the seven lamps cast light” (Num. 8:2). According to the Vilna Gaon, the branches of the menorah represent the pillars of secular wisdom and knowledge. The center lamp, which all the other branches face, represents the light of Torah. Torah is at the center, but its study requires illumination that can only be gleaned from the light of secular knowledge (See also the Netziv’s ha-Emek Davar to Ex. 27:20, Ex. 37:19, Num. 8:2).

For many, the Vilna Gaon personifies the perfected Torah personality, with his complete and unflinching dedication to Torah study. Yet he also possessed a profound knowledge and deep understanding of secular studies – and he even encouraged the study of secular subjects.

In their introduction to Aderet Eliyahu, the Gaon’s own children attest to the fact that “by the time he was twelve years old, he had mastered the seven branches of secular wisdom…”

One of the Vilna Gaon’s closest disciples, Rabbi Yisrael of Shklov, writes:

[The Vilna Gaon] explained that all secular wisdom is essential for our Holy Torah and is included in it. He indicated that he had mastered all the branches of secular wisdom, including algebra, trigonometry, geometry and music… [Pe’at haShulchan, p. 5a]

The Gaon traveled between Athens and Vilna effortlessly. And according to written testimony, he openly encouraged his students to pursue secular knowledge.

Rabbi Baruch Schick of Shklov translated Euclid’s Elements into Hebrew. Euclid, considered the father of geometry, lays down the major principles of geometry in this classic work, written around 300 BCE. In the preface to the Hebrew translation, Rabbi Schick writes: “I heard from his [the Gaon’s] holy lips that to the extent one is deficient in secular wisdom he will be deficient a hundredfold in Torah study, for Torah and wisdom are bound up together.”

He adds that the Gaon “commanded” him to “translate into Hebrew as much secular wisdom as possible.” Should anyone question the veracity of this account, it was published in the Hague in 1780, during the Vilna Gaon’s lifetime.

This should not be shocking, as the Talmud is full of examples of how our sages used science and mathematics to assist in their understanding of Torah. To cite just two, Rav spent eighteen months among the shepherds to study what types of blemishes on animals heal and which do not (Sanhedrin 5b) and Rabbi Zeira was hesitant to rule on issues of family purity without requisite knowledge of the physiology involved (Niddah 20b).

The Talmud (Shabbat 75a) even offers criticism of one who knows how to calculate the calendar and positions of the constellations but does not do so.

Throughout Jewish history, many of our great thinkers and leaders were broad-minded and worldly. Maimonides, Nachmanides and Yehudah HaLevi were physicians and philosophers. Don Yitzchak Abarbanel was a statesman. These great men possessed an intellectual prowess and curiosity that is absent in many corners of religious life today. They embodied the ethos of Torah U’Madda. They understood, as Rabbi Samson Raphael Hirsch explains, that the beauty and wisdom found in Western culture can dwell in the tents of Torah (see Rav Hirsch’s comments to Gen. 9:27).

A Torat Chaim – a living, breathing, healthy Judaism – is a balanced Judaism, a balance between tradition and modernity. But finding the perfect balance is not simple. In his classic work on the subject, Rabbi Norman Lamm warns, “The intersections of Torah and Madda are not always clear; indeed they are more often than not elusive and indeterminate” (Torah Umadda, 3rd ed., p. 10). Rather than flee, however, we embrace the struggle, the conflict, the dialectical tension inherent in the modern religious experience. When we confront the challenges of the modern world, the fruit of our labor is a richer, fuller, and deeper Judaism.

As the Vilna Gaon taught, the light of Torah and the light of secular wisdom can exist on the menorah side by side, with the Torah at its center, of course. 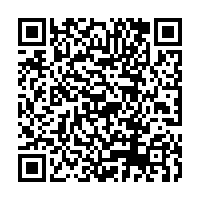