As most of us know, our Maccabean ancestors waged two wars. The first was physical, the second spiritual. They fought both an army and a culture. The army was Greek; the culture was Hellenism.

But what is Hellenism?

Hellenism, among other things, celebrated the human body. The body was beautiful, almost “holy.” The unclothed life-sized marble statues we find in every museum are testimony to this value. In ancient Greece, athletes performed nude. Indeed, the word “gymnasium” derives from the Greek word “gymnos,” which means “naked.” The Olympic games came to represent the pinnacle of this body worship, with the cheering masses hailing the triumph of what the human body could achieve.

Hellenism captured the imagination and hearts not only of the Greeks but of the majority of Jews in ancient Judea. In fact, Jewish tradition relates that many tried to surgically “reverse” their circumcision – which they viewed as a mutilation of the body.

However, a small band of Jews called the Maccabees bucked the trend. They understood that holiness and beauty derive from God, not the body. They knew God and His values must reign supreme, not humans and their philosophies. Their warring slogan became Mi laHashem eilai – Let he who stands for God join us!

And so they rebelled. They fought both the Greeks and their allies among the Jews. They recaptured the Temple and rededicated it to God.

Unfortunately, however, two thousand years after the victory of the Maccabees over their Greek oppressors, Hellenism is making a comeback in the U.S. and the Western world. Today people once again are celebrating, almost worshiping, the body.

One sign of this trend is the obsession with health, which has practically become a substitute for religion in our society. Drinking filtered water and eating organic vegetables have become moral commandments more universally binding than honoring parents or remembering the Sabbath day. The sin of consuming transfats and eighteen-ounce sodas is worse in the eyes of many than the sins of coveting or taking God’s name in vain.

When asked which behavior they prefer their children avoid – smoking or cheating on a test – many American parents chose the former. After all, smoking can kill you. But immorality? That we can live with.

Another sign is that the right to practice our faith in accordance with our beliefs is coming under increasing attack by Hellenestic forces that view circumcision of a child as mutilation of a perfect body without its owner’s consent.

A society that once regarded intimacy before marriage as scandalous now practically recommends it as the norm. Love without boundaries and bodily gratification without limits are the mantras of the day. Self-indulgence has become the reigning philosophy.

If it’s a natural desire of the body, then go for it.

Many frum Jews dismiss the moral ills of Western society as “their” problem, not “ours.” We know what’s right and we run our lives based on Torah, so why should we care about the rest of the world? This attitude is not only wrong – for we do, after all, have a divine obligation to spread morality in the world – but also very ill-advised.

We must not forget that we Jews are always influenced by the culture we live in. If the surrounding society is immoral, it seeps into ours as well. We need only look at the immodest clothing and the rising divorce rate in the frum community to see the insidious effect of post-1960s Western culture in our midst.

Yes, American culture has become increasingly decadent. But it was not so long ago that things were very different. Americans used to dress modestly. Movies used to be clean. TV shows used to be wholesome. The biggest problems in high school were students running down the hallways and chewing gum in class.

Our founding fathers sought to create a free society, not a Godless one. The pilgrims, whom we recall on Thanksgiving – the first day of Chanukah this year – would have drowned themselves in the Atlantic had they foreseen the depths to which the culture on this continent would descend.

On this upcoming Chanukah and Thanksgiving, let us recall what America and Judaism are all about. They are about being true to divine ideas and ideals. They are about doing what is right, what is pure, and what is holy.

Let us uphold our mission statements: a “light unto the nations” and a “shining city on a hill.” Like the Maccabees of old, let us rededicate ourselves to our ideals once again. 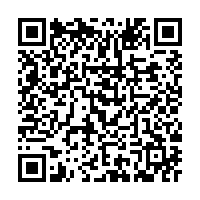