Last year, together with my high school friends from Yeshiva Bnei Akiva Givat Shmuel, I joined the Annual March to Poland in the footsteps of the Shoah.

As soon as I stepped off the plane, I could feel the gray, empty and lifeless weather that prevails in Poland, and instantly realized that Poland is a place devoid of life. It rains or snows almost all the time at this time of the year, and there is hardly a glimmer of sunlight. How different it is with our tiny country blessed with good weather, blue skies and a shining, smiling sun.


During the tour, we saw the Polish villages and towns where Jews lived before the war. As we continued our trip, we visited the ghettos and saw firsthand the living conditions (if you can call it that – for which there are inadequate words to describe). It was obvious that all the members of the delegation found it most difficult to grasp this nightmarish reality wherein the Jews were forced to live. In each housing unit, 20 people were forced to share the meager food provided for such a group and live as normal a family life as possible under the harshest of conditions.

After completing our visit to the villages and ghettos, we came to the most difficult part of our journey – a visit to the death camps.

First, at Auschwitz; we saw all the Jewish valuables and stolen property that remained, from the dishes and eating utensils they carried with them, to babies’ shoes. It was staggering to look at this chilling display, and at the same time marvel at how people who were limited in what they could take with them, nevertheless chose to take their tallit and tefillin. I then understood that in that gray and chilling reality, there still shone the light that is Yisrael. And despite all the difficulties they endured, their devotion to the Creator remained steadfast under all circumstances. The faith and optimism that accompanies every Jew was so much an integral part of their identity that they refused to leave holy valuables and sacred objects, although this could likely cost their lives.

Another thought that came to mind was how much we must appreciate even the smallest thing, and not to put down the smallest blessing we have, whether it is with food or clothing, and even the more simple. Also, I thought about how we treat our own tallit and tefillin, that for which people were willing to forfeit their lives in order to perform these mitzvot. Things we have today should not be taken for granted.

At one point, when we entered a building where 600 Jews lived in sub-human conditions, our guide asked us to remove our shoes and socks as we walked around the cabin, so we should be able to physically feel the cold. After a few moments, it was obvious that most were shivering and could hardly move about. Before we got frost bite, our guide then instructed us to put back our shoes and socks. It was only after we removed our shoes that we were able to feel somewhat the conditions that existed at the time.

And unlike us, they were not able to put on some shoes when they felt the bitter cold. In addition, they were forced to do slave labor, while we were only receiving a description from our guide. We were sure this was only a drill to demonstrate a point, and in a few moments we would be able to put back our shoes. But not them. Even to think about shoes or a blanket or coat to warm up was a fantasy light years distant away from any reality.

Israel Reaches Agreement With UN On Illegal Immigrants; Some to be Deported, Some Legalized 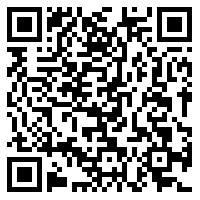