At a meeting in Cairo this month, Arab and Muslim foreign ministers expressed concern about the fate of the United Nations Relief and Works Agency for Palestine Refugees (UNRWA) after the US administration decided to cut all US aid to the agency. The ministers “underscored the importance of allowing UNRWA to continue playing a pivotal role in providing humanitarian aid” to Palestinian “refugees.” They also warned that “harming” UNRWA will aggravate the crisis in the Middle East.


If these Arab and Muslim countries are so worried about UNRWA and the Palestinian refugees, why don’t they step in to fill the vacuum and pay for the loss of the US funds? What is keeping them from pulling out their checkbooks and solving this “refugee crisis”?

The Arabs and Muslims are not as naive as the Europeans, who continue to pay millions of dollars to UNRWA and the Palestinians. European Union leaders and governments are playing their own people for fools by not telling them that even the Arabs and Muslims do not waste their money on a UN agency that has created new generations of fake refugees by allowing second and third generations to inherit UNRWA’s status of “refugee.”

European and other Western taxpayers are evidently unaware that their money is being spent on millions of these “refugees,” thus encouraging them not to move on with their lives or improve their living conditions because they have become entirely dependent on US and EU taxpayer money. It is time for the Europeans to follow the example of the Arab and Muslim countries and stop funding a corrupt and incompetent UN agency such as UNRWA.

The concern of the Arab and Muslim leaders and governments over the defunding of UNRWA stinks of hypocrisy. What have these Arab and Muslim countries done in the past 70 years to alleviate the “suffering” of the Palestinians and help them move on with their lives? Literally nothing.

On the contrary, some of these countries, especially Lebanon, Jordan, and Syria, have kept the Palestinians living in horrific conditions in refugee camps, refusing to grant them basic rights and withholding privileges granted to other foreigners, such as education, employment and health care.

Worse, the Arab and Muslim leaders and countries have been lying to the Palestinians by assuring them that one day they will return to the homes of their parents, grandparents and great-grandparents in mostly non-existing villages inside Israel as part of a so-called “right of return.”

When it comes to expressing solidarity with the Palestinians, the Arabs and Muslims are good at one thing: lip service. That, as we shall shortly see, is the only service they have ever provided to the Palestinians.

Thus, before answering the question of why the Arabs and Muslims do not want to help the Palestinians, it is worth discussing how much the Arab and Islamic countries have contributed to UNRWA. According to statistics released by UNRWA, not much.

Saudi Arabia, which came in as No. 6, was the only Arab country at the top of the donor list to UNRWA, with a modest contribution in 2017 of only $53.2 million. The United Arab Emirates (UAE) another oil-rich Arab country, with $12.8 million, came in as No. 15 (after countries such as Denmark, Italy, and the Norway).

Algeria and Tunisia, whose foreign ministers say they are now worried about the US decision to halt US aid to UNRWA, last year contributed no money to the UN agency.

Here is another important piece of information: The Islamic Republic of Iran, whose leaders never miss an opportunity to condemn the US and voice full solidarity with the Palestinians, provided a sum of only $20,000 to UNRWA between 2008 and 2017. This means that Tehran’s average annual contribution to UNRWA in recent years has been $2,000.

Here it is worth noting that Iran does spend billions of dollars a year outside its borders in the Middle East. Iran provides weapons and cash to terrorist groups such as Hamas, Palestinian Islamic Jihad and Lebanon’s Hezbollah. Iran helps these groups because they want to destroy the “Zionist entity.” Iran is now devoting huge resources in Syria to help dictator Bashar Assad in his fight against the rebels, as well as substantial sums of money helping Houthi militias in Yemen.

When, however, it comes to funding a UN agency that helps Palestinian refugees and their descendants, the Iranians, like most Arab and Islamic countries, do not seem to care. These countries are and have always been very good at offering soothing words to the Palestinians, while refusing to provide them with badly needed humanitarian aid.

So, the Iranians, who in the past 10 years have given UNRWA about $20,000, are only now condemning the US decision to slash US funds to the UN agency.

The US move to cut the aid to UNRWA is “a clear violation of the UN General Assembly resolution 302 (IV),” said Iranian Parliament Speaker Ali Larijani who is also head of the Parliamentary Union of the OIC Member States (PUIC, PUOICM). Larijani described the US decision as “shameful” and urged all parliaments of the OIC member-states to take strong decisions in condemning the US move.

The Arab countries are just as hypocritical when it comes to UNRWA and aid to the Palestinians. Some of these countries that are weeping over the US decision to cut its funding of UNRWA have not only done zero to assist the UN agency; they also have long subjected the Palestinians in their countries to discriminatory and apartheid laws.

Consider, for instance, Lebanon, a country that plays host to nearly 500,000 Palestinians, most of whom live there in ghettos called refugee camps. The Lebanese government and its representatives were among the first Arabs to condemn the US decision to cut aid to UNRWA.

Palestinians in Lebanon are prohibited from legally acquiring, transferring or inheriting property. Palestinians also lack the right to work in the private sector and in 36 specified professions, such as medicine, law and engineering.

We are again facing Arab and Islamic hypocrisy concerning the Palestinians. Instead of condemning the US administration (which is no longer going to help UNRWA), perhaps the Arabs and Muslims might wish to come up with an alternative plan to end the “suffering” of the refugees and their descendants. The US has given UNRWA many billions of dollars over decades, while Muslim and Arab leaders have been issuing empty statements of support for the Palestinians for just as long. If Muslim and Arab leaders truly cared about the Palestinian refugees and their descendants, they would either replace the US as donors or tell the Palestinians the truth — that the time has come to end the farce called “right of return.” Moreover, Arab and Muslim states could start to think of ways to help Palestinians achieve a better life and improve their children’s future instead of sitting in camps and waiting for handouts from the UN and Western countries.

As for Lebanon, Syria and Jordan, these countries could do the Palestinians a favor by ending their policy of treating them as second- and third-class citizens and foreigners. There is no reason why Arab countries should not end official discrimination against their Palestinian residents, grant them citizenship and allow them to pursue employment opportunities.

The issue of the Palestinian refugees and their descendants could be solved in a heartbeat if the Arab countries wanted to do so. The first step is to stop lying to Palestinians and to confront them with the truth — that the “right of return” is a fantasy that cannot be fulfilled because it would mean turning Israel into a country where Jews become a tiny minority. Step number two: Stop persecuting and murdering Palestinians in Arab countries. Instead, offer them hope for a good life and a better future for their children. Or is continuing to beg non-Arabs and non-Muslims for money the better deal? 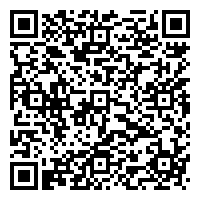