I never voted for Ronald Reagan – but in 1988, after observing the hard-won successes of his administration, and the relentless attacks on him by Democratic leaders (abetted by a similarly minded media), I voted for Reagan’s successor, George Herbert Walker Bush.

The first President Bush dealt effectively with the nation’s Savings and Loan and the Latin American debt crises that cropped up on his watch, and addressed the meltdown of the old Soviet Union with finesse. He handled the sudden seizure of Kuwait by Iraqi dictator Saddam Hussein with the same deft political and diplomatic skills.

A moderate (and modest) conservative, he lacked the charisma and charm politicians usually rely on to get votes. By the end of his single term, as the mainstream media turned on him, amplifying partisan attacks by his Democratic opposition, I finally cast away a lifelong registration in the Democratic Party to become a Republican. I felt obliged to support the elder Bush in light of his accomplishments.

My support, of course, made no difference because the country was tilting to his challenger, Bill Clinton, the Democratic governor of Arkansas who had seemingly come from nowhere (though Arkansas only looked like “nowhere” to a New Yorker and former Democrat like me, I suppose).

The third-party candidacy of H. Ross Perot that year clinched the deal for Clinton and made the elder Bush a one-term president. But I’d found a new party because of him, one in which I believed I could make my voice heard for smaller government; shrewder, more muscular policies abroad; and opportunity and security for all of us here at home.

Yet I was disconcerted to discover just how low the GOP had fallen in my hometown of New York City. In the community where I hang my hat our local Republican club lurched from failure to failure, never winning enough votes to even put it on the map. For a time I worked with its leadership but we never got any traction and eventually I resumed a more normal, mostly apolitical, life.

That changed again for me in 2002 when I took early retirement and began casting around for something significant to do with my time. Still consumed with an abundance of the energy that once drove me to work nine- and ten-hour days, I turned back to my old political club – only to find it on life support. Within months of my retirement, it shut its doors for good. A few months later some of my neighbors and I decided to revive it. But things were too far gone by then so we decided to build a new club from scratch.

We had our share of failures. I even ran for office once but lost ignominiously, partly because I had refused to do fund raisers – believing politics shouldn’t be about money – and partly because the Democrats had an almost four-to-one registration advantage in our neck of the woods (actually pretty good for Republicans in New York but a great handicap for me).

In time we managed to eke out a series of wins, including replacing our former Democratic congressman Anthony Weiner with one of our local club members, Bob Turner. (His congressional seat was then promptly redistricted out of existence by the Democratic leadership in Albany, cutting his time in Washington painfully short.)

Still, we soldiered on, committed to building a vibrant and vital political alternative to the entrenched Democratic machine in New York City – and we worked toward this year’s presidential primary season, hoping to find and support a winning candidate who could lead the country out of the despair and confusion it had seemingly fallen into.

Then came The Donald.

No one saw it coming, or at least no one I know. But Donald Trump’s bombastic and bullying manner was soon resonating with segments of our fellow Republicans across the country. Before anyone had noticed, he was a phenomenon. To the surprise of many (like me) he seemed to go from strength to strength in the polls. The more outrageous his discourse (if you can even call it that), the higher his numbers leaped.

By the time of the New Hampshire primary he had claimed 35 percent of the vote in a crowded field and driven many of his competitors from the race. By recent measures he’s polling at somewhere between 30 to 40 percent among registered GOP voters across the country, roughly where he peaked when he began his call to ban Muslims from entering the country.

He has shocked many of us with his stream of consciousness ramblings, angry screeds, and personal attacks on opponents, reporters, and anyone else who dares stand up to him. He is, he keeps insisting, a winner while all the rest are “losers,” not withstanding his recent second-place finish in the Iowa caucuses, a fluke he suggested was due to underhanded dealings by his main opponent in that race.

We know he’s a winner because he tells us so and we can all share in his success by hitching our wagons to his and riding along with him to a promised land of political retribution where we can finally cleanse the country of “progressives” and purify the party of those euphemistically referred to as Republican In Name Only (RINO) because of their readiness to work with the other side in political Washington to get things done. No compromise and no quarter has been the rallying cry of Trump’s presidential campaign and of those backing him.

What looks like a groundswell for Trump to many angry Republican voters, eager to send their message to Washington, hardly promises a winning strategy. Even assuming he gets more than 50 percent of Republican primary voters in the end, and assuming another 10 percent of Republicans jump to him in a bandwagon effect, that still only assures him 13.8 percent of the larger national vote. If he can’t unify Republicans, and all indications so far are that he may not be able to because his candidacy has been so divisive, he goes into the general election severely handicapped.

Besides rejection by groups he has gratuitously insulted, large segments of Republican voters will likely stay home if he’s nominated or cast a vote for the less odious Democrat in the race, whatever her drawbacks and liabilities.

But let’s be more forgiving here and suppose Trump can get at least half of all independents (questionable, given their generally moderate positions, but let’s give him the benefit of the doubt). That would give him another 19.5 percent of the electorate along with his core 13.8 percent. Perhaps he can even peel off another 5 percent of Democrats so disaffected with Hillary that they’ll take any alternative on offer. This is unlikely (will Bernie Sanders’s socialist-friendly cadres suddenly shift to the billionaire Trump?) but there are always anomalies so let’s assume he gets another 5 percent of the overall electorate from disillusioned Democrats, giving him a grand total of 38.3 percent of the popular vote.

Maybe he can do better still so let’s be really generous and up his vote by another 10 percent. Now what?

Even the resulting total of 48 percent is shy of a majority. Add to this the uncomfortable fact that the preponderance of electoral votes (which decide the final outcome in presidential contests) are in the big population states on the two coasts, states which typically go Democratic in national elections, and the hill Trump must climb to win the White House now begins to look exceedingly steep.

Unless he radically adjusts his rhetoric, he can’t hope to secure a broad enough national following to translate what has been a historically contentious GOP presidential bid into a desk job at the Oval Office. But if he does moderate now, he runs the risk of losing the following his angry banter on the stump has inspired. And it would be extremely difficult for him to walk back all the insulting remarks he’s repeatedly made or change a public persona that has by now etched itself into voters’ brains even if he were to try.

Trump’s supporters imagine it will all come together, though, once he’s nominated – that he’ll somehow prove a shrewder, more nuanced candidate in the general election than he has in the primaries, thus fooling the broader electorate into taking him for the kind of moderate his supporters say they, and he, despise. They imagine large numbers of Trumpians still in the closet who will now troop to the polls to up his numbers enough to win the needed electoral votes.

Maybe. But it’s more likely that Trump’s supporters in the GOP base are in an advanced stage of denial. The future of Trump’s presidential campaign is being written in voters’ minds now, as the nation watches this businessman with big hair and a bigger ego elbow more reasonable presidential contenders off the stage (when he deigns to join them on it at all). We already know who he is. Yet there are those who seem intent on nominating him anyway, regardless of the consequences, taking the rest of us with them over a political cliff.

I tore up my Democratic voter registration in the early nineties to sign up for a broadly conservative Republican Party advertising a big tent and rich array of ideas. Instead many of today’s Republicans offer something else – something that’s a game-changer for people like me.

When the smoke of the 2016 presidential election finally clears, I’m afraid Democrats will hold the White House again, thanks to the impassioned stubbornness of Trump’s supporters, while they, embittered once more by still another national loss, will be casting about for someone to blame for this, their latest “betrayal.”

But there won’t be any so-called RINOs left in the old Republican Party to feel the weight of their righteous wrath this time, having finally been driven out of a party they once imagined they shared. 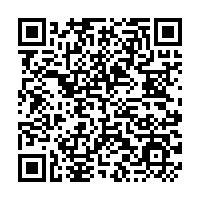