Gadi Taub, a regular pundit on leftwing daily Ha’aretz, on Thursday suggested the termination of Israeli “occupation” of all or part of Judea and Samaria could prove too costly for PA Chairman Mahmoud Abbas and, for that matter, any PLO-based leader who would follow him. Taub cites a Palestinian journalist friend who asked him, “Why do you think we’ll let you leave the territories? Who’s going to look after us?”

A senior lecturer in the School of Public Policy and the Department of Communications at Hebrew University, Taub asks: why should Abbas want to sign a peace treaty with Israel in exchange for a state based on the 1967 border lines? Obviously, so he could liberate his people from the Israeli military rule and erect an independent national society. Except that within even the most liberal framework of talks conducted in the past 23 years, there’s a permanent booby trap that makes peace with Israel a virtual death sentence to any Palestinian leaders who signs it. It’s the part about giving up the Arab right of return to the Jewish State.


The right of return is at the foundation of Palestinian political consciousness, its raison d’être, the centerpiece of its entire agenda since the PLO came to life back in 1964. It is the reason why they turned their refugee problem into the only such problem in human history that hasn’t been resolved one way or another, complete with three generations of Arabs from mandatory Palestine still living off handouts from UNRWA. It’s also the singular unifying element for an otherwise tribal Arab society who gathered in that part of the world over a century from many points of origin in the Middle East.

Next huge problem is human rights, which are the foundation of Israel’s left’s campaign against the “occupation.” The fact is that it would be next to impossible to govern a free Palestinian State without a strong secret police and uniformed police, just as the PA is being run today. Dissent cannot be tolerated, not because Abbas is necessarily a tyrant by nature, but because the last time the PA showed tolerance for human rights the Hamas dumped the bodies of their activists from Gaza rooftops and took permanent hold of the Gaza Strip. If they now permit Hamas activists to disseminate their messages freely in Ramallah, Jenin and Shechem, the new state would become Hamasnistan before its first day of independence.

So, there’s your second catch-22: the only way to guarantee a modicum of human rights in Arab Judea and Samaria is by relying on the IDF to neutralize Hamas. A free Palestine without the IDF will have to degrade human rights, or disappear.

The third part, according to Taub, is truly amusing: the PA can’t afford to become an independent state within the 1967 borders, because such a deal would free Israel of the political burden of the “occupation,” release it from its pariah status globally, and, in days, practically, would catapult it to a new, world-power status economically, diplomatically, and — don’t ever forget that part — militarily.

Think about it, how long before the Palestinian State is degraded to an in-name only power, living next door to an Israeli giant that’s much bigger and stronger on a global scale? How long before Palestinian society demands to enhance its access to all that milk and honey, at the expense of the rulers in Ramallah, or even (God Forbid) the Palestinian capital in eastern Jerusalem?

How refreshing to read such an out-of-the-box view from a leftist pundit in a leftist paper, confirming that the reason you can’t have a free Palestinian state is because such a state would be inherently much worse for the Arabs, including the PLO, than even the “occupation.” 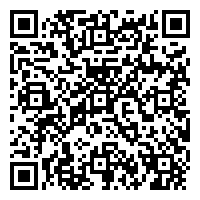