A source of pride is the consistent headlines of Israel providing medical assistance to other countries, even those that are not friendly.

For instance, recently, a medical team from Israel was in Fiji providing medical assistance


Also, over the past few years, Israel has not only brought Syrians in need of medical attention into the country, Israel has also built clinics inside Syria and provided tons of food, medicine and clothes.

But what about closer to home? What kind of medical help does Israel provide to Palestinian Arabs?

The medical help that Palestinian leaders get from Israeli hospitals is an open secret, not the least because of the irony of these Arab leaders accusing the Jewish state of all manner of war crimes and apartheid — all while availing themselves of those medical facilities.

For example, Hamas terrorist leader Ismail Haniyeh has never been shy about getting Israeli medical care for his family:

PA President Abbas is also not shy about having his family treated in the hospitals of the evil Zionist state:

The sister of Hamas senior official Moussa Abu Marzouk was treated in an Israeli hospital for cancer and most recently chief Palestinian negotiator Saeb Erekat is being treated in Israel for pulmonary fibrosis while waiting for a lung transplant.

But what about the regular Palestinian Arab on the street?

A report published by the Coordinator of Government Activities in the Territories (COGAT) gave the following numbers for how many Palestinians have been treated:

One major factor in the number of Palestinian Arabs who get the medical care they need in Israel is security. That was not as pressing a concern before the Second Intifada in 2000:

�Up until September 2000, a Ramallah resident could have taken his car and driven to Ichilov Hospital [in Israel],� began Commander of Judea and Samaria Division, Brig. Gen. Nitzan Alon [speaking in 2010]. �But from September 2000 we�ve been in a state of terror. Hundreds were killed, Jews and Palestinians alike. The battles took place in the heart of the cities, in places where enemies stood side by side with civilians, with difficult conditions and limited ability to evacuate. We could not practice medicine beyond the minimum. In those days, we were on the verge of a humanitarian crisis.�

But today, he says, the situation is different. Thanks to many efforts on both sides, stability has been restored. �The political leadership is able to make decisions not in the context of buses exploding. And now, along with direct military activity � patrolling, arrests, crossings � we are starting a new kind of routine. Medicine is an integral part of it. In today�s reality, we are obligated to do a lot more than the minimum. Our addressing of the situation should be as wide ranging as possible,� said Brig. Gen. Alon.

But while the situation is more stable, it has not returned to the way things were before the Second Intifada. The process for getting access to Israeli hospitals remains complex:

Sick Palestinians need to see a local doctor, who will refer them to a specialist, who then may ask to send them for treatment in Israel. From there, the Palestinian Authority Health Office will need to authorize it, get a permit from an Israeli coordination officer, find the right hospital, and send a commitment to pay the bill. This process alone can take weeks or even months.

That bill is being paid, at least in part, by the Palestinian Authority. The PA prefers that their people (though not their leaders) get their medical care in the hospitals available in the West Bank and Gaza. Besides the expense of superior care, there is the issue of the PA paying money to Israel, which they do whether the patient is from the West Bank or Gaza. For a time in 2009, the PA stopped paying the Israeli hospitals altogether.

But while the cost of care is higher in Israel than in the West Bank, Palestinian Arabs are charged the lower rates that Israelis pay, not the higher rates for foreigners. Those rates the Palestinians pay are much lower than those in the US or Europe. Another consideration is that there are subsidies from foreign governments, charities and the hospital itself.

One source of subsidies is The Peres Center for Peace, which sponsors care for 1,000 Palestinian children each year in Israeli hospitals and provides training for 40 Palestinian doctors.

This medical aid and hospitalization is provided despite an atmosphere of mistrust from the Palestinian patients and potential mistrust from their neighbors for having availed themselves of medical assistance from ‘the Zionist state’.

It is also provided despite the claims from those who question providing medical care to the enemies of Israel. Shurat Hadin is among those who have written to the Health Ministry and the National Transplant Center requesting that PA chief negotiator Saeb Erekat be removed from the waiting list for a lung transplant in Israel.

And this medical aid is provided while some in Gaza think that Israel owes them that medical care because of the embargo, ignoring the actions taken by the Hamas terrorists which have made that embargo necessary.

The fact remains that while Israeli medical assistance is most noticed when it is being offered in far away places in friendly countries, it is also available to those with no love for Israel, some of whom continue to wish for it’s destruction.

And it is those latter cases of assistance that do not get the big headlines. 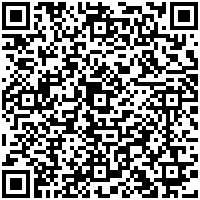