According to leaked emails seen by the Sunday Telegraph, Middle East envoy Tony Blair was paid secretly by the United Arab Emirates, which employed him as a paid adviser. The former British Prime Minister received millions in consulting fees from Abu Dhabi, according to the report.

A spokeswoman for Blair on Sunday said there was no conflict of interest regarding his activities, insisting the former PM “never used his Quartet role to pursue business interests” and “did no commercial work connected with the Israeli/Palestinian issue.”

The Quartet, which was founded in 2002, included the US, EU, Russia and the UN, and was looking for ways to revive the two-state solution. Blair took their Middle East peace envoy job shortly after leaving government in June 2007, with the aim of helping to develop the Palestinian Authority economy and its political system. It was not a great success story.

Blair did not make friends with the left, who viewed him as too easy on Israel, while the right never took his efforts seriously, seeing as they came against the background of a violent split between the PLO and Hamas, two armed conflicts between Israel and Hamas in the Gaza Strip and ongoing anti-Israel incitement on the part of the PA.

Shortly before he left his job, in 2015, his leftwing enemies, including Professor Noam Chomsky, Sir Richard Dalton, Caroline Lucas, and Ken Livingstone, urged the Quartet to fire him for his support of the Iraq war and for his failures in dealing with the Israel-PA relations.

“It is our view that, after seven years, Mr Blair’s achievements as envoy are negligible, even within his narrow mandate of promoting Palestinian economic development. Furthermore, the impression of activity created by his high-profile appointment has hindered genuine progress towards a lasting peace,” they wrote.

In Ramallah Blair was seen as too close to Israel and its needs to honestly promote the PA’s issues. Senior PA officials were so angry at one point, according to the Guardian, they planned to declare him persona non grata east of the Green Line.

When he founded, in 2008, the Tony Blair Faith Foundation, one of his friends stated, “Tony Blair has been so closely involved, he’s not going anywhere. He’s not going to disappear off radars any time soon. It won’t be a formal role but he will continue working through his contacts with key players like Saudi Arabia, Jordan, Israel and the Palestinian Authority.”

That optimistic declaration is probably less based in reality now that it became who’s been paying for the Tony Blair flying circus all these years. 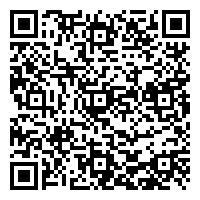