If you think one side in a conflict is under no moral or legal obligation to send supplies to the population of the other, you have not heard what The New York Times or Human Rights Watch’s Joel Stork have been saying about Israel’s duties toward Gaza. Both have claimed Israel has been “collectively punishing” Gazans when in, recent days, Israel has not cut electrical power at all and only reduced fuel supplies.

Stork has also claimed that Israel is an “occupier” of Gaza and as such responsible for the welfare of its people.

Consider the absurdity of this sort of argument. Israel has been assaulted continuously from Gaza, which is run by Hamas, an organization committed in its charter to the destruction of Israel (Article 15) and the murder of Jews (Article 7). Gazan Palestinians largely support Hamas, which declares itself to be in a state of war with Israel.

Gazan Palestinians voted Hamas into office in Palestinian legislative elections in 2006. Similarly, Hamas could not have seized Gaza last year without at least the tacit support of a large segment of the local population. By what logic, then, can Gazans expect to be insulated from the consequences of a war being waged by Hamas on their behalf?

It is absurd to suggest that withholding supplies from Gaza is a form of collective punishment. The only people who are being targeted collectively are Israeli civilians in Sderot and other neighboring towns near Gaza who are subject to incessant rocket barrages.

It is also simply a flat-earth statement to say that Israel is an occupier of Gaza. Article 6 of the Fourth Geneva Convention on the Protection of Civilian Persons in Time of War states that a foreign power is only considered an occupier “to the extent that such Power exercises the functions of government in such territory.”

Yet Israel withdrew from 80% of Gaza in 1994 and the remaining 20% in 2005. Its writ no longer runs there, nor does it any longer maintain law and order in the territory. By no stretch of the imagination can Israel be said to be occupying it.

Therefore, the responsibility for Gaza’s civilians and their well-being lies with the controlling power, which is Hamas. Why have Palestinians failed to build an infrastructure and functioning economy to maintain their well-being? After all, Palestinians have been the highest per capita recipients of international aid for years.

The answer is that the Palestinians’ elected leaders, Fatah in the past and Hamas today, have been too extreme and corrupt to devote themselves to building up the Palestinian infrastructure and economy. Instead, funds have gone to buying arms and lining pockets.

Why, then, should Israel, or the international community, be responsible for the welfare of Gazan Palestinians? In particular, why should Israel be obliged, as The New York Times insists, to provide supplies to Gazans? Did the United States supply electricity and other goods and services to Germans, North Koreans and North Vietnamese when we were at war with those peoples’ governments?

In fact, in those instances, Germany, North Korea and North Vietnam were fighting U.S. military forces. They were not targeting American civilians. Palestinians, by contrast, have gone out of their way to murder and maim as many Israeli civilians as possible. They celebrate each bloody suicide bombing with parties, cheers and the handing out of sweets.

In these circumstances, Israel is well within its legal and moral rights to use military measures to target terrorists in Gaza, even if civilians may be inadvertently harmed in the process.

Hamas, in permitting, supporting and often perpetrating these rocket attacks, is responsible for any Gazan Arab harmed by Israel’s consequent efforts to stop the continuing rocket fire into Israeli towns and cities.

Israel is also fully within its rights to impose economic sanctions on the Gaza Strip, including more wide-ranging measures than those it has actually adopted. Since Israel is under no legal obligation to engage in trade of fuel or anything else with Gaza, or to maintain open borders, it may withhold commercial items and seal its borders at its discretion. 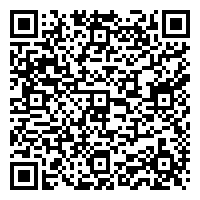