The Israeli government’s siege of 20 young families living in Hebron’s Beit HaShalom cracked for the first time recently. Shas minister Eli Yishai, struggling to justify his continued participation in a morally bankrupt government, pressured Defense Minister Ehud Barak, who then gave the Military Appeals Court its marching orders. Shamelessly, the court “suddenly” perceived the drastic humanitarian needs of the residents and allowed them to install windows in the unfinished building.

No less brazen was the behavior of Winograd Commission member Prof. Yechezkel Dror, who unabashedly explained that the commission’s rulings were formulated on the premise that support “of a prime minister who would further the peace process was a decisive factor.”

Who can expect to win a war with such leadership?

A leader like George W. Bush speaks differently: “The spirit of our people is the source of America’s strength, and we go forward with trust in that spirit, confidence in our purpose and faith in a loving God who made us to be free.”

Every nation in the world knows this. After all, was it a Jewish settler who said, “Give me liberty or give me death”? Or how about: “I regret I have but one life to give for my country”? Only one nation forgot this lesson – a nation that lost its land and independence almost 2,000 years ago, and after 60 years of renewed independence still hasn’t figured it out.

The Jews of Hebron are neither tired of fighting nor tired of being courageous. As a non-Jewish visitor once told us: “Don’t worry – we read the end of the book already and you guys win!” We know that in the end we will win, because we know the secret of Jewish power and deterrence.

“When the nations of the world shall see that the name of God is upon you, then shall they fear you” (Devarim 28). No nation can win when it acts against its own self-interest, when it denies its own heritage, when it undermines its own self-confidence – when it tortures and punishes its own true heroes who defend its borders the way the men, women and children of Beit HaShalom suffered the court’s “freeze order” in the most cruel, literal sense possible.

In a recent talk I gave at a New York-area elementary school, a young girl asked me, “What is more important – Jerusalem or Hebron?” I told her that I had a unique perspective on this question.

We must understand our role as Jews if we are to understand the role of these two cities. Our mission statement, as Hashem told Abraham in Parshat Lech Lecha, has two parts: 1) I will make you a great nation; 2) Through you shall all the families of the earth be blessed.

Jerusalem is the second stage, where someday all the nations of the world will receive their sustenance through our rebuilt Temple. Hebron is the first stage – the place where we learn to become a great nation.

The Torah is split into two parts. The second part of the Torah, from Parshat Bo onward, is filled with commandments and laws, mysticism and miracles, a story defined by divine choice and coercion. This part of the Torah corresponds to Jerusalem. The first third of the Torah barely has any commandments, describes no miracles. It is the story of a small group of heroic people whose belief in God transforms them from a small family into a great nation. Their struggle is a natural one, a physical one, where commerce, agriculture, war and overcoming adversity play an important part. This saga takes place mainly in Hebron. 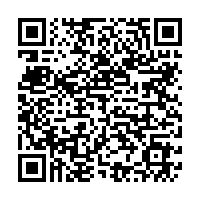