A senior German diplomat appointed to head an EU barter system that would enable European companies to sidestep U.S. sanctions on Iran stepped down after giving an interview in which he criticized the existence of Israel and praised Tehran’s ballistic missile program.


The episode — the latest of a series of occurrences that have laid bare the anti-Israel foundation of Germany’s foreign policy — is an embarrassing setback for the German government and will complicate its efforts to salvage the Iran nuclear deal.

Bernd Erbel, a 71-year-old former German ambassador to Iraq and Iran, said that he would not assume leadership of Instex, a payment mechanism to facilitate European business with Iran, after the newspaper Bild, on August 8, published the contents of an extensive interview Erbel gave to Ken Jebsen, a German-Iranian radio host who has been described as a “conspiracy theorist” and an “anti-Semite.”

In the 2.5-hour interview, Erbel said that Israel was founded “at the expense of another people” and claimed that “the Palestinians are the victims of our victims.” He added that “had the Jewish state been founded in Prussia, then the Palestinian problem would not have existed.”

Erbel claimed that the Jewish state is “more than ever a foreign body in the region” and that for “psychological” reasons Israel is incapable of empathy.

In the interview, Erbel defended Iran and said that “the last time Iranian troops crossed the border to another country for purposes of aggression” was in the 18th century, when Iran invaded India. Bild noted:

“That Iranian troops have been at war in Iraq since 2003, and since 2011 in Syria, supporting the Houthi militia in Yemen and Gaza, Hamas, the Palestinian Islamic Jihad and Harakat al-Sabireen, the Iranian Revolutionary Guards together with Hezbollah in southern Syria with rockets targeted at Israel — all these offensive military actions by Iranian troops abroad are kept secret by Erbel.”

Erbel praised the successes of the Iran-backed Hezbollah in the 2006 Lebanon War:

“There was an incredible amount of enthusiasm in several Arab countries that for the first time Israel was really being challenged. That was something very, very unusual, but it was hugely important, psychologically, to see, there are forces that successfully oppose Israel. This was something that, for example, was very much celebrated in the most bourgeois circles in Egypt. So that was a novelty.”

“By 2015, there was a UNSC resolution banning Iran from testing ballistic missiles. After the nuclear agreement, this resolution was changed and only requests that Iran avoid such tests if the rockets can be equipped with nuclear warheads. The request can be obeyed or not obeyed, it depends on the framework conditions, and the conditions for Iran have considerably deteriorated since the conclusion of the nuclear agreement.”

After the Bild report, a spokesperson for the German foreign ministry said that Erbel would not be assuming leadership of Instex for “personal reasons.” The spokesperson added that the foreign ministry had “no knowledge” of Erbel’s interviews and that his views were personal and do not represent the government’s position.

Germany has, in fact, been decidedly hostile to Israel in recent years. In 2018, for instance, of 21 anti-Israel UN resolutions, Germany approved 16 and abstained on four others. In May 2016, Germany approved an especially disgraceful UN resolution, co-sponsored by the Arab group of states and the Palestinian delegation, that singled out Israel at the annual assembly of the World Health Organization (WHO) as the world’s only violator of “mental, physical and environmental health.”

Indeed, much of Germany’s political establishment appears to be fundamentally anti-Israel. In March 2019, for instance, Germany’s Bundestag overwhelmingly rejected a resolution by the Free Democratic Party (FDP) to urge Chancellor Angela Merkel’s government to reverse its anti-Israel voting record at the United Nations. By a vote of 408 to 155 with 65 abstentions, the Bundestag rejected the FPD’s call for the government to “clearly distance itself from unilateral, primarily politically motivated initiatives and alliances of anti-Israeli UN member states and to protect Israel and Israel’s legitimate interests from unilateral condemnation.”

In June 2019, the Bundestag rejected a non-binding resolution to outlaw the Iranian proxy Hezbollah. The bill, sponsored by the conservative party Alternative for Germany (AfD), was rejected by all of Germany’s mainstream parties. The author of the resolution, AfD MP Beatrix von Storch, said:

“Hezbollah is a terrorist organization. The Berlin government claims you must distinguish between a legitimate, political wing of Hezbollah and a terrorist wing. This does not make sense to us, or the voters,

“Hezbollah’s goal is the destruction of Israel and the Jews, and we should not be offering a safe haven for them to hide in Germany and finance their armed struggle in Lebanon against Israel from our territory.”

Hezbollah’s “military” wing was outlawed in Germany in 2013, but its “political” wing is allowed to raise funds in the country. Some countries, including Israel, Britain, the United States and several Sunni Arab states, see no distinction between the military and civilian wings of Hezbollah and have accused the group of destabilizing the Middle East.

Hezbollah is believed to have more than 1,000 operatives in Germany, according to Germany’s BfV domestic intelligence agency. Nevertheless, Germany will not declare the Hezbollah movement a terrorist organization because, according to Foreign Ministry official Niels Annen, “we focus on dialogue.”

In February 2019, German President Frank-Walter Steinmeier congratulated, “also in the name of my compatriots,” the Iranian regime on the 40th anniversary of the Islamic Revolution that seeks Israel’s destruction. The move, defended by much of the German establishment as “diplomatic custom,” provoked outrage among some members of the German public.

Using the hashtag, “Not in my name,” Islamism researcher Ahmad Mansour tweeted:

“Did not the same Steinmeier refuse to congratulate Trump? Why is he setting different standards for Iran? Iran is the world champion of exporting anti-Semitism, is actively involved in the killings of Jews, thousands in Syria, homosexuals in their own country.”

Josef Schuster, President of the Central Council of Jews in Germany, noted:

“Regarding the German president’s congratulatory telegram on the anniversary of the Iranian revolution, routine diplomacy seems to have supplanted critical thinking…. If there was a need to congratulate on this anniversary, the president could at least have found clear words of criticism of the regime.”

Steinmeier has cozied-up to Israel’s enemies before. In January 2006, as German foreign minister, he encouraged a Hamas-led government in Gaza. In July 2008, he presided over a conference in Berlin that called for the destruction of Israel.

In December 2016, Steinmeier endorsed a UN Resolution calling on Israel to “immediately and completely” stop all settlement activities “in the occupied Palestinian territory, including East Jerusalem.” The resolution stated that the UN would accept “no changes” to the ceasefire lines of June 4, 1967, “inclusive of Jerusalem.”

In May 2017, during Steinmeier’s first visit to the Jewish state as German president, he publicly rebuked Israeli Prime Minister Benjamin Netanyahu and later laid a ceremonial wreath on the grave of the late Palestinian leader Yasser Arafat, Israel’s arch-enemy.

In September 2018, after months of effort, U.S. Ambassador to Germany Richard Grenell succeeded in pressuring Germany to prevent Iran from withdrawing 300 million euros ($340 million) in cash from bank accounts in Germany to offset the effect of U.S. sanctions. “Iran is the world’s leading state sponsor of terrorism” Grenell said. “We must be vigilant.”

Meanwhile, Germany continues to provide millions of euros annually to organizations that promote anti-Israel BDS (boycott, divestment and sanctions) and “lawfare” campaigns, anti-Zionism, antisemitism, and violence, according to NGO Monitor.

German Chancellor Angela Merkel said in 2008 that Israel’s security is “non-negotiable” and Foreign Minister Heiko Maas said in 2018 that he went into politics “because of Auschwitz.” In practice, however, Germany consistently appears to prioritize its relations with Israel’s enemies.

Instex (Instrument for Supporting Trade Exchanges) was established on January 31, 2019 by Germany, France and the United Kingdom to salvage the 2015 Joint Comprehensive Plan of Action, known as the Iran nuclear deal, after the United States pulled out of the agreement and reimposed sanctions on Tehran. U.S. President Donald J. Trump, criticizing the nuclear deal, pointed out that “within a very short number of years, they would be able to make nuclear weapons.”

Instex, an initiative of German Foreign Minister Heiko Maas, would enable European trade with Iran despite U.S. sanctions. It would facilitate barter-based trade with Iran in products such as pharmaceuticals and foods, but Tehran has repeatedly insisted that Instex must include trade in oil for the mechanism to make economic sense.

Seven months after its formation, Instex remains non-operational, in part because Iran still does not comply with international legal standards to prevent money laundering and terrorist financing. 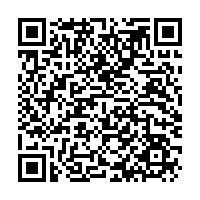