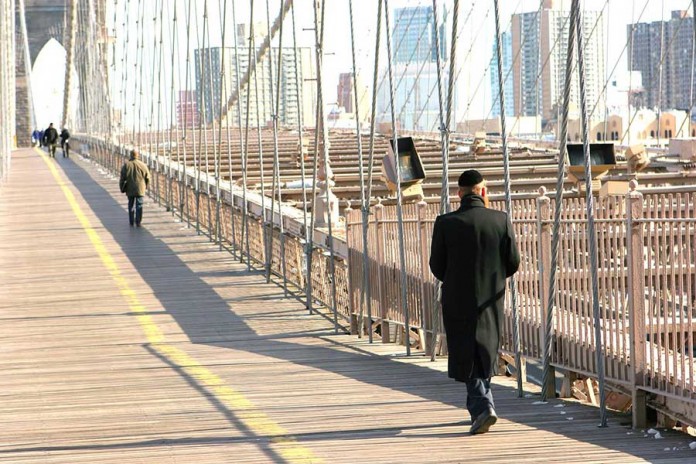 The Talmud in Gittin and the midrash in Avot DeRabbi Natan tell us that Rabbi Yochanan ben Zakai snuck out of Jerusalem during the siege that led to the destruction of the Second Beit HaMikdash in a coffin to make a separate peace with the future Roman emperor who would level Jerusalem. Rabbi Yochanan ben Zakai asked for Yavneh and its scholars to be granted the religious freedom to study and continue growing the rabbinic tradition but would leave Jerusalem for Rome to destroy. Vespasian accepted the deal. Yavneh was saved, Jerusalem was destroyed, and rabbinic Judaism survived. But for Rabbi Yochanan ben Zakai and the accommodationist approach all would have been lost.

To our detriment, that lesson is easily forgotten. Navigating complex times in a world full of people with ideas and ideals at tension with Jewish tradition is complex. We – the community of the faithful – face difficult headwinds. Moral clarity and complete resistance – even if they produce horrible death and complete destruction – sometimes seem easier religiously than a policy of accommodation.

Indeed, even successful accommodation still incurs attack by those who bemoan our failure to stand tall (ignoring the consequences we would have then suffered). Rabbi Yochanan ben Yakai reminds us that the war cry “better to die on one’s feet than live on one’s knees” is rarely the rabbinic response.

We all know accommodation isn’t popular, does not have the cache of moral purity and absolutism, of defiant declarations. But life is usually lived in a grayer place, unattractive as that is. In that gray place, it behooves Jews especially, but people in general, to find ways to live with each other, even though it means we sometimes are silent about what we really want.

Of course, Chanukah reminds us that sometimes resistance at all costs is necessary and indispensable, like when we are being personally compelled to commit one of the three cardinal sins. Except, if you consider Jewish history, we have Chanukah, Masada and precious few other examples of refusing to accommodate. Much of the rest of Jewish history involved finding ways to get along; we have always lived among those who oppressed us, many of whom were ready to kill Jews if they had the chance; yet with whom the Jews doggedly developed cordial relations.

It is no surprise that political accommodation works best, particularly when it is combined with internal moral and halachic clarity. The world would not have been a better place, the Talmud avers, if Rabbi Yochanan ben Zakai had stayed in Jerusalem and died a martyr’s death.

Moving from nearly two thousand years ago to the present, the lesson is clear. Recognizing the right of all people in our secular society – including LGBTQ members – to structure their lives as they see fit, so long as they do not substantially and directly harm others, is a wise idea and reasonable accommodation. Furthermore, it is what the Jewish community has always done, when it could. Sure, in some perfect world we wish everyone would follow the Torah or Noahide laws; but, what’s the next best step if that cannot be achieved? Accommodation is an acceptable option and one that we want offered to Jews, who frequently do things that are morally or religiously unreasonable in other’s eyes.

Providing robust protection of the rights of the many different religious individuals to conduct themselves consistent with their own faith and share their moral vision of the world is an important aspect of accommodation.

The virtues are obvious; but, as Rabbi Moshe Luzzatto famously emphasized, sometimes the obvious needs to be repeated, again and again:

Even more complexly, the simple truth is that even Orthodox Jews who are same sex attracted (SSA) are deserving of support and help, consistent with our principles. The YU Kol Yisrael club is such an attempt, and while it was not introduced in a perfect way or time, it is a wonderful idea and worthy of support. Providing religious direction to those Orthodox Jews with SSA is a mitzvah and clubs like the one YU is seeking to form fulfills such obligations, and it will also hopefully “[lead] to harmony,” as Rabbi Hershel Schachter notes. YU is acting consistent with its principles, fighting for its religious freedom while serving all its students.

The same is true for the OU position on same sex marriage. The truth that we all know (but some are scared to say out loud) is that same sex marriage is here to stay for the foreseeable future. Insisting on waging a losing – or even worse, already lost – cultural war undermine our community’s ability to function and deprives us of allies on many other important matters. On the other hand, following robust principles of accommodation which allow all those who are on the moral outskirts of our American community to continue to function is the best long-term strategy. No one will accommodate us if we accommodate no one.

I have no special knowledge of any details, but one can well infer that without the language organizations like the OU helped to insert in the Defense of Marriage Act, Jewish institutions might have been in violation of the law when applying religious principles to their own institutions. Accommodation lets us carve out protections for all of us.

Furthermore, if we consistently take the losing side of culture wars, when we genuinely need assistance in social or financial or security matters from the public, the politicians’ constituencies may be less open to supporting our causes, even when unrelated to the cultural war we lost.

Our Modern Orthodox community is neither clumsy nor nervous and is not led by people who are either. The best description of our community and its leadership is Realistic Orthodoxy; we achieve the achievable. Of course, sometimes knowing what is realistically achievable is complex and hindsight is always more accurate. But a culture war we might lose is one we should not fight – unless we have absolutely no choice.

In truth, those of us who see the virtues of accommodation, worry – as did Rabbi Yochanan ben Zakai – that we have compromised more than is needed; zealots never have any regrets, I have noticed. But, I have always drawn strength in my approach from the rebuke in the Talmud (Gittin 56a-b) of Rabbi Zechariah ben Abkilus, who rejected two options to save the Second Temple from destruction, out of fear of scorn from the Zealots. The Talmud castigated him, since his fear of stepping wrong led to the destruction of the Temple, an example of how we might think of those who know the productive compromise, yet refuse to sign on to it in the name of moral or halachic purity.1

The middle path of principled accommodation is complex and sometimes the hardest to defend. It is less exciting and electrifying than issuing shrill clarion calls demanding that we fight and die on every hill of moral principle and religious value, and it attracts the loudest critics. Yet accommodation and moderation is also often the most successful way of navigating a complex world. We survived as a faith because of the brave initiative of Rabbi Yochanan Ben Zakai, not because of the silence of those who could have accommodated or the pious Zealots who defended Jerusalem to their death and Jerusalem’s destruction. 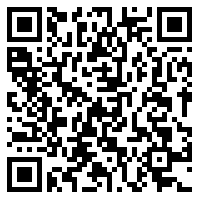