This July 4th will be different for me, and all it took was a “sieg heil” and dozens of cautionary injunctions to walk only where it is safe.

Having just spent seven days in Europe, I learned more about how Jews live in England, France, Germany and Belgium than I ever could have by reading some report. Speaking with not-so-ordinary citizens in cafes, synagogues and restaurants, and being briefed by security experts, community leaders and professors, I was stunned by the bleak picture they painted.

And if anything, it’s getting worse, with Jews ever more fearful of venturing out of proscribed Jewish corridors. In the U.S., we’re watching for fireworks as Independence Day approaches; in England, Belgium, France and Germany, our brethren are watching for firebombs.

Community Security Trust in London and Manchester is the British Jewish community’s defense organization. It advises and represents the community on matters of anti-Semitism, terrorism, policing and security. Responsible for the protection of more than 600 communal buildings, CST is currently engaged in a $6 million Protective Window Project to retrofit and/or reinforce windows in Jewish communal institutions in order to make them shatterproof. (Most fatalities in bombings are caused by shrapnel and glass projectiles.)

The victim of several anti-Semitic assaults, Rabbi Arnold Saunders of Higher Broughton and Higher Crumpsall Synagogue in Manchester describes the climate: “I was punched in the face on the way to the synagogue on a Saturday evening in Cheetham Hill; I had an egg thrown at me from a passing car; and someone I met at a petrol station got out of his car and said, ‘We’re going to cut your throat, Jew.’ ”

In Europe, keeping the peace between a growing, disgruntled and increasingly radicalized Muslim population and the Jewish community means making political concessions that often put Jews in the crosshairs.

We spent Shabbos in the 19th Arrondissement in Paris, which is the Jewish district. It is also, however, home to a heavy Muslim presence. In shul, we were alerted to avoid a central street in the 19th because there were riotous protestors who were saluting Palestinians. We’ve had these types of protests in the U.S., in New York, but the police presence is so heavy that any type of physical confrontation would be absolutely impossible. That is not the case in Paris.

According to Professor Shmuel Trigano, who teaches sociology of politics and religion at Paris-Nanterre University, “French society seems to have sacrificed the Jews in order not to alienate French Arabs and Muslims. A fatal choice has been made.”

It was in this climate that Ilan Halimi was murdered in 2006 by a group with links to Muslim radicals. Ruth Halimi, Ilan’s mother, told me how her son was kidnapped and tortured because “Jews are rich.” It was heartbreaking to hear how law enforcement initially refused to characterize the murder as an anti-Semitic incident. French police continued to insist that Ilan had not been targeted because he was Jewish.

According to Trigano, this kind of denial began several years ago. After 450 attacks in 2000 and 2001 and a “complete blackout by the media, political authorities and Jewish institutions ….were asked by the socialist government not to ‘add fuel to the fire.’ When French Jews tried to alert public opinion and ask for help, they were rudely rebuffed, charged with provocation and racism.”

Richard Odier, the Simon Wiesenthal Center’s Secretary-General for France, predicts that France will be “Juden-free” within a period of 10-15 years.

France’s chief rabbi, Joseph Sitruk, has urged Jews not to wear yarmulkes on the street because “in the current climate, there is no point waving a red flag in public places,” and he says he does not want young people “isolated in the metro or on suburban trains to risk becoming a target for aggressors.”

But the reality of France’s future was portrayed most vividly in the Ashkenazi shul where I spoke Shabbos morning: Where were the young couples with children? I was told they leave as soon as they can. The younger generation doesn’t see a viable future for Jews in France. Repeatedly we were asked if anything could be done to open the U.S. to immigration by French Jews. 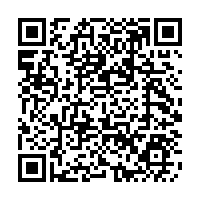