Many Charedi Jews believe the non-religious genuinely want to destroy their communities and their way of life. Indeed, that’s what many of the early Zionist politicians set out to do. For their part, the secular believe all Charedi Jews are bloodsucking parasites.

In commerce, industry, and academic and professional expertise there are prominent Charedi contributors to Israel today, despite the attempts of the religious leadership to block it (not the money-making, of course; they all want that and glorify the wealth makers in their ranks, even if it means actually taking time off study). A major complication is that those who do not serve are at a great disadvantage in Israeli society because they cannot get jobs or work officially until they do. This effectively prevents very many Charedi men from getting work, and thus increases the burden in welfare.


In fact, in other Charedi communities around the world a much higher proportion do actually get jobs and contribute. In Israel, due to the political nature of the problem, the leadership refuses to budge on principle, and so condemns its own to penury and ignorance.

The allied problem of their refusing to allow even the most basic secular education in their schools exacerbates the problem. Here, too, there are different opinions. In the UK, Charedi schools only get state aid if they conform to minimal government curricular requirements. Why not in Israel? But no. The leadership, in public at least, is immovable, irrational. They posture on the one hand and fear on the other.

The Charedi leadership is suffering from paralysis and refuses to countenance any compromise. It insists that even the mentally challenged should spend all of every day on complex Talmudic debate rather than develop other skills that could be put to some use. It wasn’t always that way, incidentally. It is just that over the years positions have hardened and reversed.

If we can’t resolve these internal issues, how in the name of heaven can we hope to make any arrangement with anyone else even further removed? No, I don’t have an answer. It seems intractable and only a miracle of Divine intervention can solve it. So then how am I any different than those Charedi rabbis who say we must do all we can for God because He alone is capable of getting us out of this mess? The Talmud says we may not rely on miracles, but we do!

I have just heard that in committee a law has been agreed, with compromises, to extend the draft but allow for some exemptions. It hasn’t passed the Knesset yet. It might not. But after all my pessimism, there is a ray of hope. Perhaps we can do it without Divine help after all! 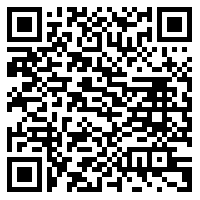