One would have thought that after a repeat felon out on a $1,000 bail is alleged to have driven his car into a Christmas parade in Waukesha, Wisconsin, killing six people and injuring countless others, those who have sought to dismantle our criminal justice system would have recognized how their actions have created murderous carnage across the nation.

But that is far from the case and the lawless cannot believe their good fortune.

In America’s most important city, New York, and within Manhattan, its most famous borough, there is now a District Attorney who, in changing what his office will prosecute, has essentially redefined evil.

In a staff memo leaked to the media, Alvin Bragg has directed his office to stop seeking prison sentences for criminals who prey on those unfortunate enough to be walking the streets of Manhattan. In addition, he has instructed assistant district attorneys to downgrade felony charges in cases ranging from armed robbery to drug dealing.

If a foreign nation sought to destabilize our society by creating such a scenario we would consider it an act of war.

According to press reports, the Bragg’s instruction to his office stated, “(we) will not seek a carceral (meaning prison or jail) sentence except with homicides and a handful of other cases, including domestic violence felonies, some sex crimes and public corruption.”

The memo goes on to offer exceptions even to his exceptions. “This rule may be excepted only in extraordinary circumstances based on a holistic analysis of the facts, criminal history, victim’s input (particularly in cases of violence or trauma), and any other information available.” And regardless of how heinous the crime, from terror attacks to police assassination, Bragg’s memo states, “The Office shall not seek a sentence of life without parole.”

The District Attorney has, in effect, redefined evil: in his view, it is the criminal who needs protecting, not the victim. By doing so, Bragg has done irreparable harm to the very fabric of our democracy. He has essentially sanctified and blessed crime that can terrorize entire communities — especially the disadvantaged that need protecting the most – and inflicted lifelong trauma on victims as well as destroyed the quality of life that our citizens pay for with their hard-earned taxes and have a right to demand from their government. Consider: Bragg believes that armed robbers who use guns or other deadly weapons to hold up stores will be prosecuted only for a misdemeanor, provided there was seriously injured and there was no “genuine risk of physical harm” to anyone.

So we can pose the question, if someone holds you up at gunpoint, are you supposed to wait to see if he will shoot you in order to decide if he will be violent or not?

These kinds of wrong-side-up criminal justice policies have the means to turn our neighborhoods and communities into desolate, forbidding, streetscapes where only the brave or the desperate are prepared to run the gauntlet to get a container of milk.

The actions of the Manhattan District Attorney are not being done in a vacuum. The political movement described as Progressive, and their “bail reform” legislation passed by the New York Legislature, allows arrested felons to be released on the streets before their mug shots can even be printed. You now have a perfect storm for evil to take root, grow, and poison the lives of every law-abiding person and family.

The Irish statesman Edmund Burke has been often credited as warning, “The only thing necessary for the triumph of evil is for good men to do nothing.” That warning has never been more important, urgent, or clear. We are living in an era where an elected prosecutor has deliberately reinvented good and evil. And that destruction of law-abiding values is being replicated by others in other parts of the country, and tearing at the very fabric of our nation.

We cannot afford to turn a blind eye to this cynical and toxic reinvention of justice wrapped in a Progressive manifesto or evil will have, indeed, been allowed to triumph. 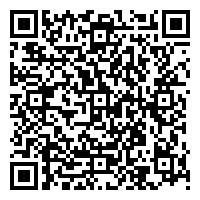