I have a Jerry Seinfeld question. Why do Jewish celebrities keep whining about their parents?


Popular actor-comedian-director Seth Rogen ignited an Internet firestorm with his recent complaint that his parents “fed [him] a huge amount of lies about Israel.” They “never told him” that “Oh, by the way, there were people [Arabs] there.” But Rogen says he now knows the truth and realizes that having a Jewish state “makes no sense.”

What actually makes no sense is the notion that his parents said there were no Arabs in pre-Israel Palestine. Who in their right mind would think there were no Arabs? The 28 years of conflict leading up the creation of Israel in 1948 consisted of Palestinian Arab pogroms against the Jews there. I sincerely doubt the Rogens were so delusional as to not be aware of that.

Another Jewish pop-culture icon managed to reach from beyond the grave to peddle a similar complaint about his parents. Harvey Pekar, icon of the comic-book world, spent his final days on this earth creating a full-length graphic novel titled Not the Israel My Parents Promised Me. It was published a few years back, shortly after his passing.

His parents’ apparent sin was being pro-Israel. I doubt that Mr. and Mrs. Pekar ever “promised” little Harvey that Israel was perfect. His book is a dreary regurgitation of standard anti-Israel nonsense that Pekar thinks he uncovered after shaking free of the shackles of his mother and father.

His initial “enlightenment” came via a “Jewish Trotskyist friend” who revealed that Israel is “racist.” That was soon followed by some uncle at a Passover seder making remarks “against gentiles.” Pekar turned that into a one-sentence summary of the Israeli-Arab conflict: “A lot of Israelis came from Eastern Europe, where they had been abused for centuries. They thought turnabout on gentiles was fair play.”

The rest of the book drips with resentment at “Chauvinist Orthodox Jews” and demonic Jewish settlers. One is actually shown holding a saw and telling an equally villainous cohort, “Hold that board steady, Chaim Yankel!” I kid you not.

A psychiatrist could have a field day analyzing all this pent-up hostility towards parents, uncles and assorted Chaim Yankels. But the celebrity whiner whose complaints matter the most is the one who shares them on national television and the op-ed page of The New York Times, Thomas L. Friedman.

The story of Friedman’s phony “disillusionment” with Israel has been told many times—by Jerold Auerbach, Daniel Pipes, the late Buddy Korn and others—but it bears repeating because it’s such a powerful illustration of an unpleasant phenomenon that just won’t go away.

Friedman himself summed up his life this way: “It is about a Jew who was raised on all the stories, all the folk songs, and all the myths about Israel, who goes to Jerusalem in the 1980s and discovers that it isn’t the Jewish summer camp of his youth … ”

Those are Friedman’s own words in a book for which he won a Pulitzer Prize. And that’s how his life has been—an unending series of being handed prizes, plum appointments and international platforms, all based on his image as “The Disillusioned Jew.” He was fed pro-Israel “myths” but then, during the 1982 Lebanon War, discovered the anti-Israel “truth” and proceeded to become one of Israel’s most persistent and vehement critics.

But it was all based on a lie. Friedman’s hostility towards Israel wasn’t caused by the 1982 war. It began in 1974, when he was a student at Brandeis University (the same university where my daughter Alisa was a student when she was murdered while studying in Israel in 1995) and leader of a campus organization that was misleadingly named the “Middle East Peace Group.” The group’s recipe for peace was for Israel and the world to bow to the demands of Yasser Arafat.

None of us can forget the sight of Arafat speaking at the United Nations in 1974 with his gun holster on his hip. In those days, he didn’t even bother pretending that he was interested in making peace; he openly demanded the destruction of Israel, and continually sponsored massacres of Israeli women and children in places like Ma’alot and Kiryat Shemona.

Friedman and his fellow radicals in the “Peace Group” authored an open letter published in the campus newspaper, The Brandeis Justice, on Nov. 12, 1974, in which they condemned the American Jewish community’s criticism of Arafat’s speech. They complained that Jewish rallies against Arafat would “only reinforce Jewish anxiety and contribute to Israel’s further isolation.” They demanded that Israel “negotiate with all factions of the Palestinians, including the PLO.” Of course, “negotiate” was a euphemism for “Give in to their demands already and stop embarrassing us American Jews.”

Pipes once compared Friedman to “an anthropologist who studies his disowned family.” That pithy description neatly sums up what the Thomas Friedmans, Seth Rogens and Harvey Pekars of the world seem to do best. They’re mad at their parents for being pro-Israel, so they take it out on the rest of us, battering the Jewish world with their incessant whining. 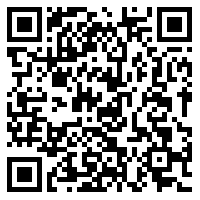