The Lebanese Daily Star reported Wednesday that rescue workers have been digging through the rubble overnight looking for survivors of the massive warehouse explosion that devastated many parts of Beirut. The blast resulted in the death of at least 100 people and more than 4,000 injured. Lebanese officials expect the death toll to rise.

The blast, which registered a 4.5 magnitude on the Richter scale, also destroyed both Lebanon’s wheat and medicine storage facilities which were located at the harbor.


According to the daily Al-Akhbr, Beirut Harbor is no more, practically obliterated by the blast, and with it went the Lebanese economy and the country’s future—which were in the ditch well before Tuesday’s tragedy. According to the Beirut Port Administration, the facility used to handle as many as 300 international cargo ships daily, covering most of the country’s import and export operations. Until Tuesday afternoon, goods entering Beirut harbor represented 70% of the volume of goods entering Lebanon: food, priority materials, medicines, electrical machines. In total, the port represented an essential part of the storage capacity of Lebanon.

Al-Akhbar wrote Wednesday morning that “A ‘nuclear war’ took place in Beirut,” explaining that “the force of the explosion that occurred at Beirut harbor yesterday is equivalent to that of a tactical nuclear bomb. The amount of ammonium nitrate that had been stored in warehouse 12 for more than 6 years, neglected, without packaging, and with no storage to protect the city from the evil of the explosion, was equivalent to between 600 and 800 tons of TNT.”

“It is not yet known whether all of that amount has exploded. But what happened was more like a small nuclear bomb. It is true that there are no radioactive materials in it (at least it cannot be confirmed), but one of the security services talked about the presence of barrels of toxic waste, since the 1990s, near the warehouse! What happened is too much to describe and to be surrounded by. It is the first, and the biggest crash in the country’s free fall. An explosion like this (which was not a nuclear bomb) the Earth has not seen much of since the invention of gunpowder. Lebanon set a record. It is not technical, of course. It is a political affair, in the non-vulgar sense of the word. An affair that touches people in their lives,” Al-Akhbar wrote.

The paper noted that “The destruction of a port with all its necessitates might as well have been caused by a military campaign. A war took place in Beirut yesterday, but it was intense and took only a few seconds. And that was long enough to make the coastal city, and with it all of Lebanon, a disaster country. After the earthquake of 1956, the Lebanese people called it ‘the year of the earthquake.’ On August 4, 2020, we marked a day the scale of whose impact is indescribable.”

Lebanese President Michel Aoun vowed that those responsible for the negligence would face the “harshest punishments,” and called for a two-week state of emergency.

Prime Minister Hassan Diab called for a National Day of Mourning on Wednesday.

President Donald Trump said the explosion that shook Beirut was a “terrible attack.” He told reporters: “We have a very good relationship with the people of Lebanon and we will be there to help. It looks like a terrible attack.”

Or the worst accident since India’s Union Carbide Bhopal disaster of 1984. 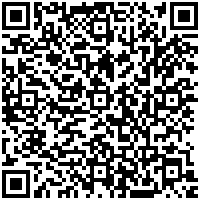